Wine and Opera part 4: To beer! 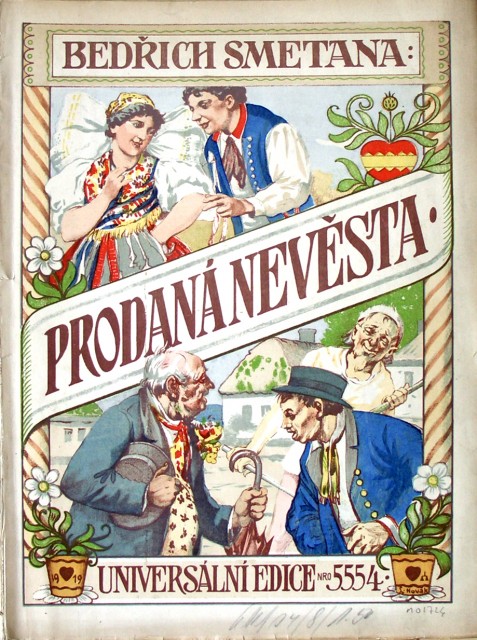 In the 19th century nationalism and, for those people’s ruled over by a foreign power, self-determination were strident themes in many works.

In the newly forming Germany and Italy, writers and composers such as Richard Wagner (in the 1850s and ‘60s) and Gabriele d’Annunzio (in the 1880s to 1900s) were raiding (or possibly ransacking) their nascent countries’ cultural heritages and mythologies for their works to foster a feeling of greater nationalism in the people.

The Bartered Bride (Prodaná Nevësta in Czech), was Bedrich Smetana’s attempt to do likewise albeit without the heavy Gothic symbolism of Wagner or the violence, sexual sadism and latent fascism of d’Annunzio.

Set in a small Czech village, the opera is not only one of a rare few sung in Czech (a German version exists too as “Die Verkaufte Braut) but also features other facets of Bohemian culture such as the polka and furiant dances, allusions to popular folk songs and, most Czech of all, lots of beer.

The Bartered Bride is a comic opera in four acts and uses comic tropes such as mistaken identity, misunderstood motives and  to reach an ending where (unlike The Student Prince) love really does conquer all.

The story centres around the rocky road of love being endured by Marenka and Jeník in a small village.

Marenka’s parents want her to marry and are making arrangements with a scheming marriage broker called Kecal.

Kecal has suggested that Marenka marry Vasek, the son of the local landowner called Mícha. Naturally this is not what Marenka wants.

In Act II things get complicated. Marenka meets Vasek who is nervously contemplating their marriage.

She guesses who he is but he doesn’t and not knowing what she looks like he believes her when she tells him that “Marenka” is a horrible person and he swears to give her up.

Kecal meanwhile has seemingly bought off Jeník with 300 florins not to marry Marenka.

This earns Jeník the approbation of the villagers but he has added a strange caveat saying that only the son of the Mícha may marry Marenka.

Marenka hears of this and, like the villagers thinking Jeník has given her up for money, rebuffs him when they see each other again. However, he reveals himself to be the son of Mícha by a former marriage and so is legally allowed to marry Marenka.

Seeing what his real plan was he and Marenka are reunited. Vasek meanwhile had earlier become embroiled with a travelling circus and is forced to dress up as a dancing bear after the original performer becomes completely drunk.

As the reconciliation scene is going on Vasek bursts onto the scene wearing the costume and his parents, thinking him clearly unsuitable for marriage, march him away and leave Jeník and Marenka in marital bliss.

Drinking and festivities play a central role throughout the opera, none more so than at the beginning of the second act when the villagers sing “To pivečko!” “To beer!”

“Beer’s no doubt a gift from heaven,
it chases away worries and troubles
and imports strength and courage to men,
ejchuchu!
Without beer we should cut a poor figure
there’s so much trouble in the world –
that foolish is he who cares too much,
ejchuchu!”

Followed afterwards by a bout of jovial arguing between Jeník and Kecal on the respective merits of money, love and beer, in which Jeník sings:

“My dear lads, believe me,
take my word for it,
love tastes far better than wine or beer,
it’s also the only joy there is,
the only lasting source of bliss.”

The video below is from a 1981 performance by the Czech National Theatre directed by Frantisek Filip, with Peter Dvorský in the tenor role as Jeník and Richard Novák as Kecal.

Next time: A return to tragedy and Verdi’s most famous brindisi
Previously: The Student Prince