Gordon’s is looking to capitalise on the gin category’s current growth and an ongoing popularity of flavoured spirits with the launch this month of an elderflower variant.

Made with natural elderflower and “flavourings”, the 37.5 abv Gordon’s Elderflower follows up on the launch last year of Gordon’s Crisp Cucumber.

Predicting that this new launch will “take the market by storm,” Katerina Podtserkovskaya, marketing manager for Gordon’s, said: “With gin in strong growth, now is the perfect time to push the category forward even further with this new flavour launch.” According to Nielsen MAT data to November 2013 the UK gin category is growing 5.8% ahead of total spirits. 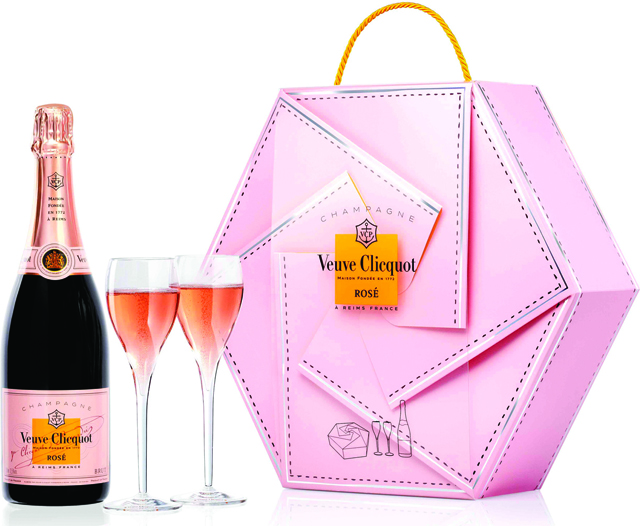 Veuve Clicquot has launched an haute couture inspired gift box for its rosé non-vintage Champagne. Containing a single bottle and two flutes, the pale pink packaging unfolds “like the pleats of a beautiful dress”. Building on this bespoke high fashion theme, the house has also introduced a second gifting option in the form of a hand-stitched case which is able to keep a single bottle chilled for two hours.

The new presentation packs are available from Selfridges and urban-drinks.co.uk,

Portuguese producer Esporão has launched its first ever vintage Port in the form of Quinta dos Murças 2011. Timed to coincide with Alentejobased Esporão’s 40th anniversary, the release also comes from one of the most highly acclaimed vintage Port declarations in recent years.

Bought by Esporão in 2008, Quinta dos Murças lies on the steep northern bank of the Douro close to Regua. Its vines are aged between 15 and 65 years old and are mostly the traditional Douro varieties, although there is also Cabernet Sauvignon and Sauvignon Blanc. The same estate also produces unfortified wines under its Assobio Douro DOC brand. This part of them portfolio is expanding too, with the creation of a white from the 2011 vintage and a 2013 rosé. 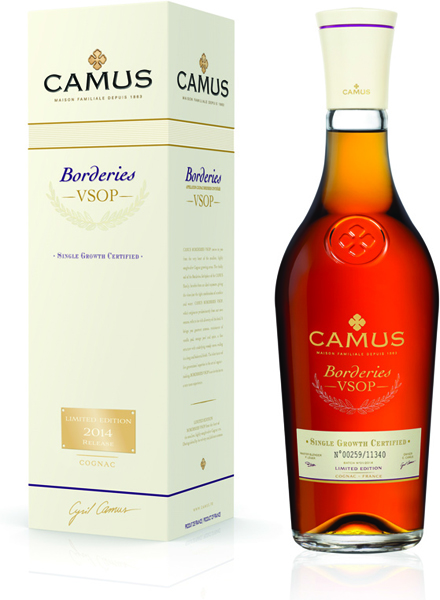 Cellar master Patrick Léger has drawn on Camus’ close connection to the small cru of Borderies for the creation of this limited edition VSOP Cognac. Named after the stone walls, or “borders”, which are a typical feature of farms in this corner of the Charente region, Borderies AOC is the smallest of the six Cognac crus, representing just 5% of the category’s winegrowing area. It is here that the Camus house has focused its efforts to become one of the largest landowners in this cru.

With this limited edition release, Léger has worked to accentuate Borderies’ characteristic “lively, mineral style”, using eaux de-vie derived exclusively from Ugni Blanc. Each bottle has been individually numbered and features the signatures of both Cyril Camus and Patrick Léger.

The Merlot label features this poem: It was a little blackbird // That gave me my name // Mirlo they called it // beautiful and dark // Two things we share // Along with a joyful song // Grapes with magical roots.

Available in the UK through Tesco and Asda, Frontera’s initial range will be joined later in 2014 by a rosé and Chardonnay.

Ramón Bilbao is departing from the traditionally intense colour of Spanish rosados with the launch of this pale-hued, positively Provençal-style offering.

Made with Garnacha grapes, the rosé takes its inspiration from the claretes, or pale rosado wines, traditionally associated with Rioja’s Alto Najerilla region. Having introduced this rosé in Spain last summer, the company is now armed with a gold medal from the Mondial du Rosé and expanding its focus into export markets.

The latest vintage will be presented on the Ramón Bilbao stand at ProWein (Hall 04 / A25).

Irish whiskey brand Jameson is once again releasing a special limited edition label as part of their annual St Patrick’s Day celebrations. The Pernod Ricard-owned brand has teamed up with Irish illustrator Dermot Flynn to create the new design, which is inspired by the “sights, sounds and atmosphere” of Dublin.

Among the aspects of Dublin life featured on the label is famous pub The Stag’s Head, literary luminary WB Yeats and a selection of “local” Dublin phrases. The bottles went on sale last month across 40 markets worldwide, including travel retail. Jameson’s global brand director Daniel Lundberg, declares: “In addition to its smooth, balanced taste, one of the things that whiskey fans around the world tell us they love about Jameson is its intrinsic Irish character.”

Don Papa Rum, the world’s first single island rum from the Philippines, is launching in the UK following a deal between the Rémy Cointreau-owned Bleeding Heart Rum Company and spirits brand developer Marblehead.

Created in 2012, the rum brand’s name is inspired by Papa Isio, a leading figure in the 19th century Philippine Revolution against Spanish rule. Distilled in small batches using high quality sugar cane from the island of Negros Occidental, known locally as Sugarlandia, Don Papa Rum is then aged for seven years in American oak in the foothills of Mount Kanlaon, before being blended and bottled on Negros Island.

As Brazilian fever hots up ahead of this year’s FIFA World Cup, Copestick Murray has added this sparkling Moscato option to its “i heart” brand. Produced in partnership with Vinicola Aurora, one of Brazil’s largest producers, the 8.5% abv wine is made using the Charmat method which is a blend of Moscato Bianco and Moscato Giallo from the country’s Serra Gaúcha region. 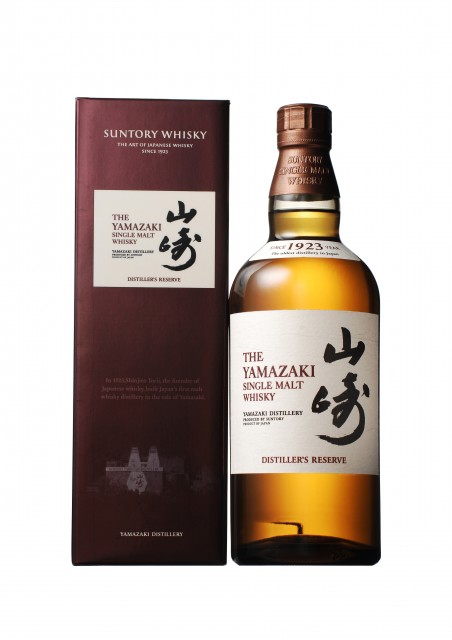 Liquid contained in both whiskies has been aged for between eight and 20 years, though Suntory have decided not to declare an age statement on the bottle, claiming that “age should not be the sole parameter of quality”.

In particular, Suntory claimed the new releases presented an ideal opportunity to showcase some of its younger malts “that possess a rare vibrancy and energy”.

The distiller said: “the quest was to deliver a truly exceptional Japanese no-age-statement whisky without taboo. “Distiller’s Reserve represents the House of Suntory’s ongoing commitment to challenge what a Japanese whisky can be.”

Yamakazi Distiller’s Reserve is comprised of liquid aged in sherry casks, mizunara casks, French oak Bordeaux wine casks and American oak casks. Blended by Suntory chief blender Shinji Fukuyo, the 43% abv whisky is described as having notes of strawberry, cherry and mizunara on the nose, and flavours of raspberry, peach and coconut.

Hakushu Distiller’s Reserve uses a young lightly peated malt along with a heavily peated and 18-year-old American oak whisky in its blend. Also blended by Suntory chief blender Shinji Fukuyo and bottled at 43% abv, the whisky is described as having notes of peppermint, melon and cucumber on the nose, and flavours of yuzu, grapefruit and lemon thyme.