From Tokyo to Shanghai, Hong Kong to Singapore, Asia plays host to some of the world’s biggest wine and spirits trade fairs. 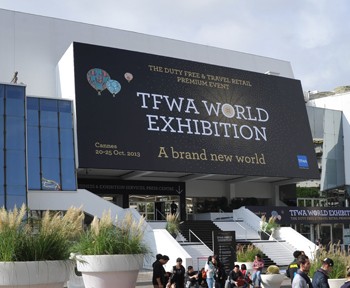 This year will see the launch of Vinexpo Nippon – a trade fair dedicated to the Japanese drinks industry, as well the return of established fairs such as the Hong Kong International Wine and Spirits trade fair, and the TFWA Asia Pacific.

Each year Asia’s fairs seem to get bigger with plans to expand exhibition spaces at many of this year’s events.

Whether you are an importer, buyer, sommelier or producer, these fairs offer world class networking opportunities within all areas of the industry.

Scroll through for key Asian trade fairs planned for 2014… 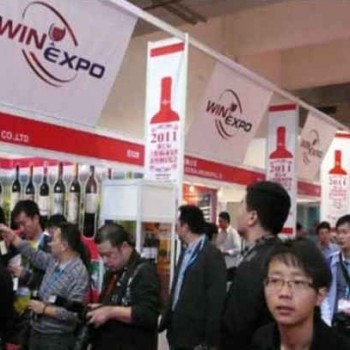 What: This exhibition brings together domestic and overseas drinks industry manufacturers, distributers and retailers and will celebrate its 13th year in 2014. Dedicated to trade and spread across 50,000 square metres, exhibitors include Diageo, Pernod Ricard and United Spirits along with many more. The expo features seminars on importing, bonded warehousing, tax issues, marketing analysis and logistics. 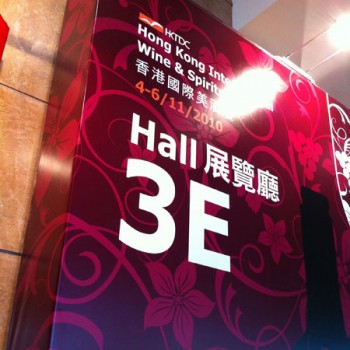 What: Asia’s biggest wine event offers a wide range of products and exhibitors for visitors. The exhibition covers everything from fine wine, Champagne, spirits and beer to Koshu, soju, yellow wine and saké. Visitors can also see exhibitors representing bottling, packaging, labelling and tourism as well as accessories, equipment and investment. This year marks the 7th edition of the fair, which attracted 1,005 exhibitors from 40 countries last year with attendance from Asian buyers up by 15%. Spain was the partner country for the 2013 fair, providing a networking platform for over 90 Spanish wine and spirit exhibitors. Over 70 events took place during the four-day fair, including masterclasses, cocktail demonstrations and fine wine tastings. 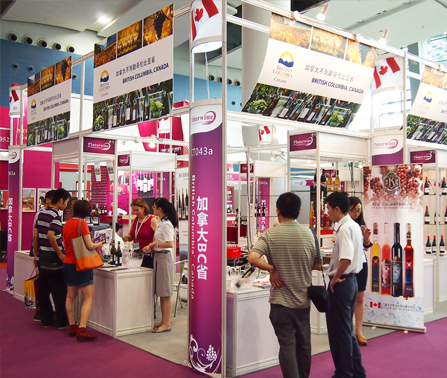 What: The China Wine & Spirits Exhibition was launched in 2005 and has quickly gained local and international recognition bringing together international wine producers with China’s importers, buyers, distributors, wholesalers, retailers and buyers from restaurants, hotels and corporate event organisers. Held biannually, show is attended by more than 500 exhibitors from over 20 countries with 20,000 trade visitors from the key cities of Guangzhou, Shanghai and Beijing. 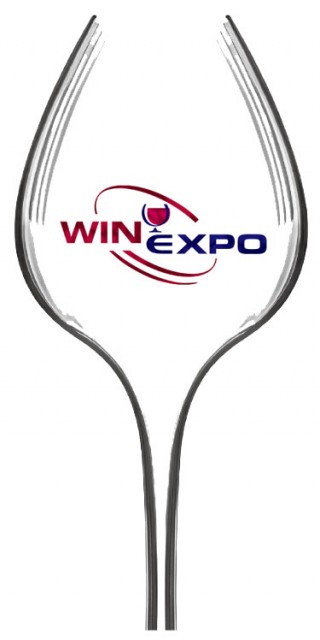 What: 12,000 professional domestic and overseas buyers and 32,000 visitors, together with 363 exhibitors attended the 2013 event with an exhibition space of 13,000 ㎡, which is expected to rise to 15,000 in 2014. Exhibitors included importers and distributors from hotels, restaurants from countries including Italy, France, South Africa, Spain, Greece, and Australia, the Dominican Republic, Romania, Slovenia, Moldova, Uzbekistan, Lithuania, California United States, Hong Kong, Taiwan and the other countries and regions. The show’s exhibitors are divided into overseas and domestic producers covering both wine and spirits, as well as an area for relevant services to the industry including packaging, technology and accessories.

What: The Canton Wine Fair regularly attracts exhibitors from countries including France, Italy, America, Chile, Spain, Australia and New Zealand, as well as domestic producers in Asia and China. It is is jointly organised by The Economic and Information Commission of Guangdong Province and the China Foreign Trade Centre and is hosted by China foreign Trade Guangzhou Exhibition General Corp. and Guangdong Provincial Alcohol Industry Association and is held in the ultra modern China Import and Export Fair Complex in Guangzhou. 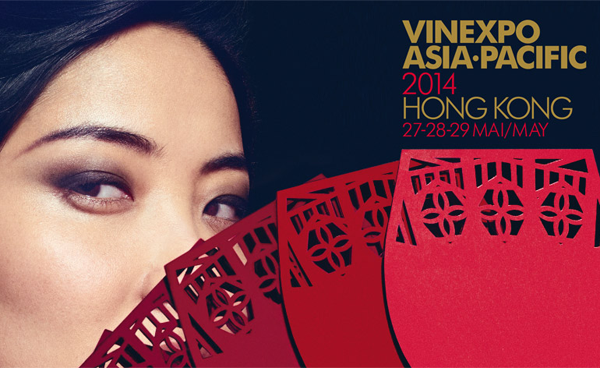 What: One Asia’s biggest trade shows, the Vinexpo Asia-Pacific is getting supersized in will be its 6th year with 50% more space for stands expected at this year’s fair. Stand sales are already strong, with 87% of the venue’s 15,000 square metre space already sold and a high demand expressed from non-French exhibitors. While Vinexpo Asia-Pacific 2012 hosted 1,050 exhibitors from 28 countries, the number is expected to rise to 1,300 this year. France will be strongly represented, though the fair will welcome a large number of participants from southern Europe and the New World, along with exhibitors from the spirits sector.

The fair has a shiny new layout this year and some 18,000 visitors are expected through the doors, who will be privy to the latest news on global wine trends along with a packed programme of tastings and conferences via the Vinexpo Asia-Pacific Academy. Launched in 1998 in the nerve centre of emerging markets, Vinexpo Asia-Pacific has gained in maturity and built a significant reputation over the years. 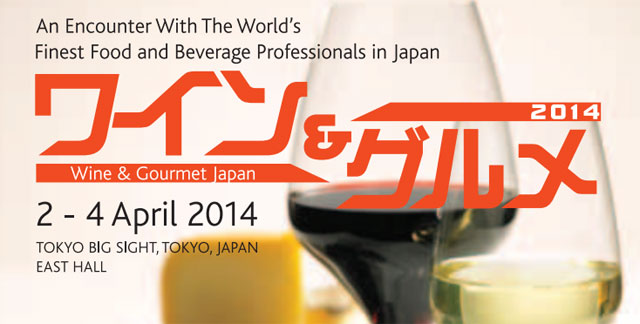 What: The Wine and Gourmet Japan Fair gathers more than 600 importers, wholesalers, distributors and buyers from the world of food and drink and is the the only wine and spirits networking business platform in Japan. Last year more than 71,157 visitors flocked to the fair from Japan, Australia, China, Singapore and the US, as well as a host of European countries. 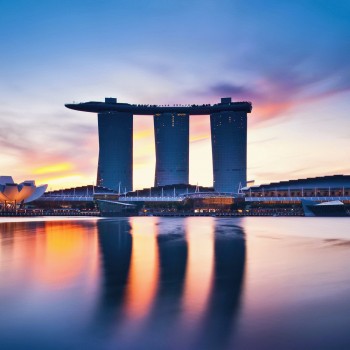 From airlines, airports, ferry and cruise companies to downtown and border stores, seize an unrivalled opportunity to attract new business and develop existing relationships. In terms of entertainment, this year there will be a chill-out party at the Mandarin Oriental on the Tuesday night and a Singapore Swing Party on the Wednesday night at Alkaff Mansion. 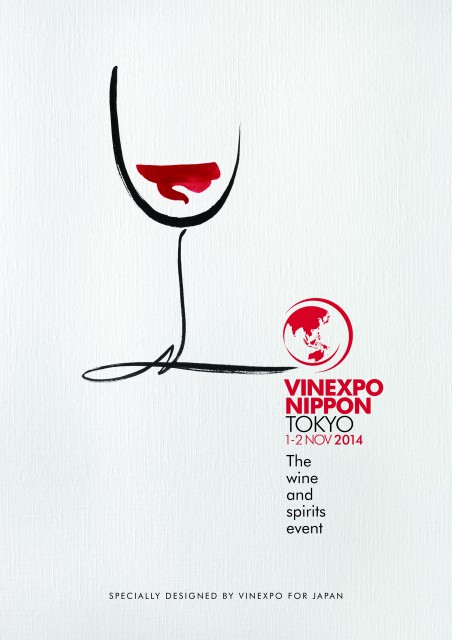 What: This year will see the launch of a new Vinexpo fair designed for the Japanese drinks industry, bringing together its sommeliers, bartenders, retailers, importers and wholesalers with the world’s leading producers and merchants. Hosted by trade fair professionals Vinexpo, the fair also promises feature tastings presented by leading experts and the chance for Japanese drinks industry professionals to network with importers and producers the world over. 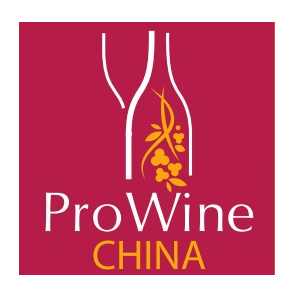 What: The inaugural ProWine China (born of Dusseldorf’s well-established ProWein fair) took place last year and will host its second event in November this year. This year’s event promises a platform for both international dealers, producers and local suppliers to showcase their products, establish contacts and get to know international and Chinese markets. This fair is for trade only guaranteeing an audience of drinks industry professionals.