This week Iron Maiden’s Trooper beer crossed 3.5 million pints sold just one year after its launch, proving that bands and beer is still a winning combination. 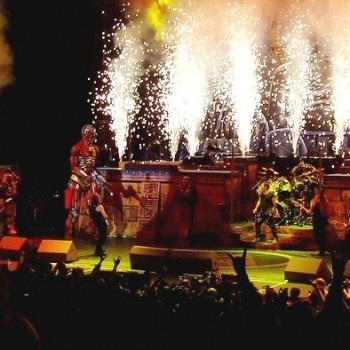 But Iron Maiden are not the only musicians to combine their love of beer with their passion for music. Dozens of bands have teamed up with breweries across the world in recent years to release signature brews inspired by their hard-rocking antics.

Beer and music go together like peaches and cream. And while some beer aficionados may wince at the thought of what might appear to be an artificially endorsed beer which places a band’s name over its quality, you can’t knock the passion. From American pale ales, brown ales and black IPA’s, the rock world has contributed a plethora of beers to the market having teamed up with a host of top class breweries. 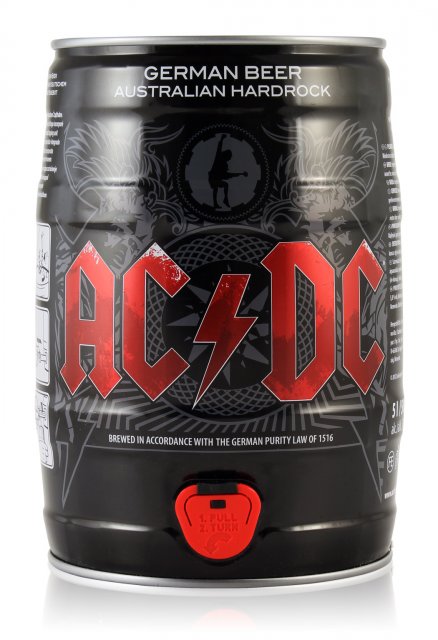 AC/DC released its Australian Hard Rock premium German beer in partnership with the German brewery Karlsberg. Released in cans and as a five litre keg, its label design was inspired by the band’s 16th album “Black Ice” which was released in 2008.

Of their beer the band says: “This lager fires up your tongue like TNT, comes with a great beer-loving taste and is brewed in accordance with the Rock`n Roll manifesto of 1973 and the German purity law of 1516.” 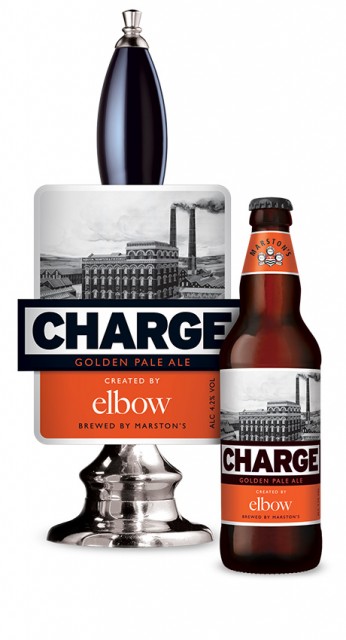 Charge, the British bands follow-up to Build a Rocket Boys!, is a golden amber pale ale, brewed in partnership with Marstons. This blend of three malts was inspired by American steam beers, fermenting the beer a higher temperature than normal to release a fruitier aroma and sweeter finish.

Elbow’s Guy Garvey said: “With the help of the good people at Marston’s we’ve created a craft beer with a spicy American feel that still retains the class of a traditional British real ale. It’s the perfect accompaniment to the album.”

Believe is the first beer from musician Frank Turner, of KneeJerk and Million Dead, in partnership with London based brewery, Signature Brew. This modern take on a traditional wheat beer features citrus and orange flavours using pale malts to create a new style of wheat beer. 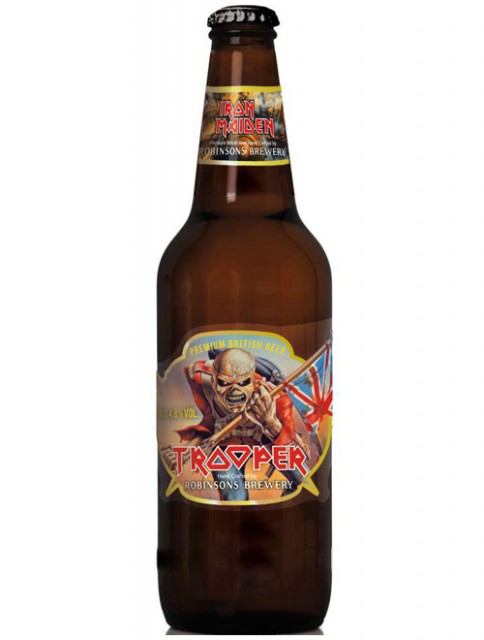 Trooper is a cask ale from rock legends Iron Maiden, brewed and bottled by the Cheshire-based Robinson’s Brewery. Real ale fan and Maiden lead singer Bruce Dickinson played a major role in developing its flavour profile with its makers describing it as having malt flavours and citric notes from a blend of bobec, goldings and cascade hops.

The brew is named after Iron Maiden’s 1983 single, The Trooper, inspired by the Charge of the Light Brigade. 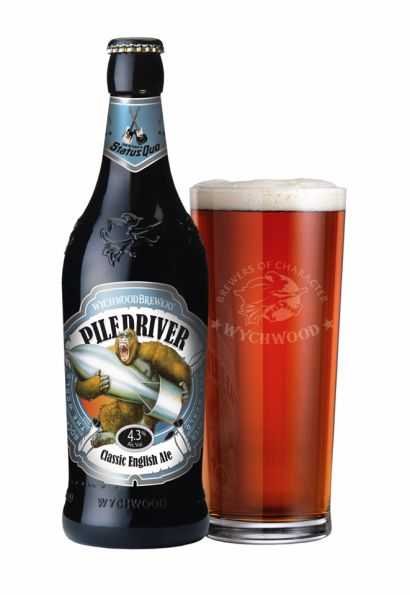 Status Quo’s Rick Parfitt and Francis Rossi launched their first beer Piledriver onto the UK market earlier this year in partnership with the Whychwood Brewery in Oxfordshire. Named after the band’s 1972 hit album, the amber ale is available in more than 900 Wetherspoons pubs. 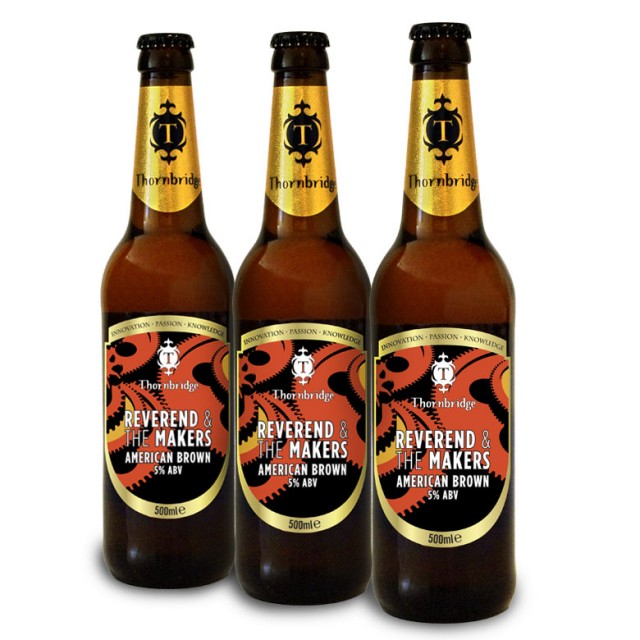 The first offering from UK band, Reverend and the Makers, American Brown is, unsurprisingly, an American Brown Ale. The beer was brewed in close partnership with the band’s guitarist Ed Cosens, a home brewer, and Derbyshire-based brewers, Thornbridge.

According to its makers it has an aroma of “caramel malt and fresh pine hops” and is an “incredibly drinkable” beer with “sweetish malt flavours” which are balanced by a “light hoppy bitterness”. 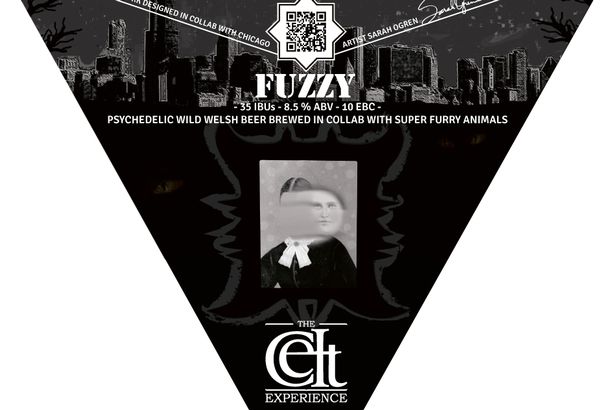 Fuzzy Logic was launched by Welsh rockers Super Furry Animals at the Fire Festival in Wales in February. Named after their first album of the same name, the 8.5% beer was brewed in partnership with the Celtic Experience Brewery and is only available at pubs throughout Wales and select venues in London.

Pro Green’s Remedy American-style pale ale was released in 2012 in collaboration with London brewery Signature Brew with the aim of creating an “authentically British” take on a west coast US pale ales using 100% British hops and malts.

It is a refreshing ale with “slightly bitter notes which characterise this beer and a late hopping give the strong almost ‘green’ aroma,” according to its makers. 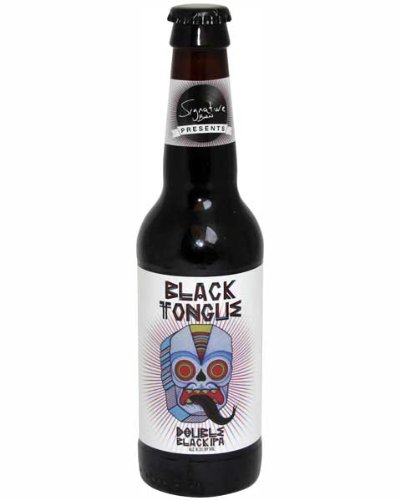 Another contribution from Signature Brew is this double black IPA, Black Tongue, produced in partnership with American heavy metal band Mastodon. The super strong 8.3% beer has “rumbling smoky notes are offset by the elixir of misbehaving punchy hops,” according to its makers.