Bushfires used to test impact of smoke on wine

Wine scientists in Australia are recreating the conditions of a bushfire to help determine the effects of smoke on wine production. 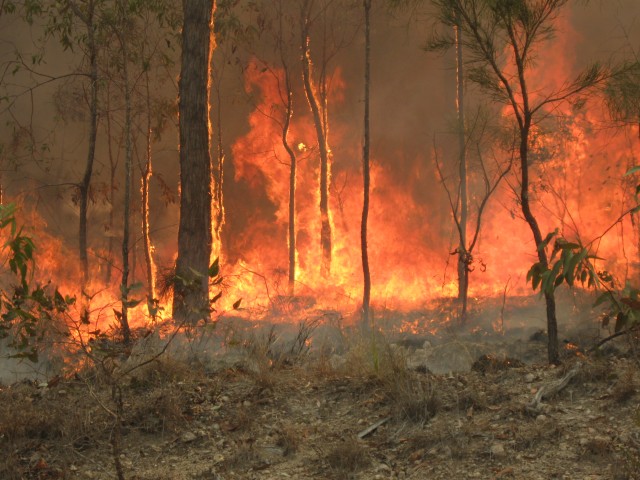 The research, carried out by Department of Environment and Primary Industries (DEPI) scientists based at the Centre for Expertise in Smoke Taint Research (CESTR) in Mildura, Victoria, will see controlled bush fires replicated in vineyard plots to help understand the effects of differing smoke intensity and exposure on grapes.

Grapes from the trial plot exposed to smoke will then be used to produce wine at DEPI’s Mildura winemaking facility to determine its effect.

Ricky James, DEPI wine industry project officer, said.”The data they will be using to mimic bushfire conditions was collected during a bushfire event by smoke detectors being trialled as part of smoke taint research.”

“The units allowed the collection of real-time smoke data from an actual fire event in a nearby vineyard.

“We have been able to measure and log the smoke intensity over time and it is this data that will be used to replicate smoke levels and conditions in a controlled environment.”

The CESTR is a Victorian Government initiative set up to help improve the wine industry’s knowledge of how smoke impacts wine, of which little is known.

Dr Ron Prestidge, executive director of Farming Systems Research with DEPI, added: “The Victorian wine industry is a vital part of the state’s agricultural sector and it is critical we address the threat posed by smoke taint.”

“Smoke taint has cost Victorian wine grape growers and winemakers more than $300 million in lost production and downgraded quality over the past six years. “Through this collaborative project we aim to assist the wine industry to remain internationally competitive and a significant contributor to the state’s food and fibre sector exports.”