As the UK drinks industry awaits the Chancellor’s Budget this week, new research has shown that many pubs are increasingly reliant on revenue from wine and spirits. 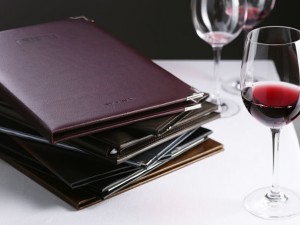 According to on-trade data analysts CGA Strategy, wine and spirits generated an estimated £280 million revenue increase for the UK’s bars and restaurants between 2013 and 2014.

With wine currently accounting for around 18% of total drinks sales in the UK on-trade, and spirits holding a 22% share, CGA predicts that this will rise to almost 20% and 24% respectively by 2018. During the same period the company believes that beer and lager sales will see their share slide from around 50% to 47%.

This shift appears to be being driven by the UK’s newly opened bars, restaurants and pubs, where CGA found that wine sales already account for over 22% of sales, compared to 40.2% for beer and cider. In contrast, among the pubs that are going out of business, wine accounts for just 12.3% of sales, while beer and cider hold a 58.5% share.

Introduced in 2008, the alcohol duty escalator has seen the category taxed by an additional 2% above inflation every year. The 2013 Budget saw beer relieved of the escalator, which was welcomed by the pub sector. However, this new research strengthens the argument for wine and spirits to receive a similar dispensation, with the Wine & Spirit Trade Association estimating that the on-trade paid an extra £34m in tax during 2013 as a result of the ongoing wine and spirits escalator.

The UK government has so far offered no indication that it plans to stop the duty escalator ahead of its original 2015 cut-off point, despite the fact that, according to the WSTA, UK consumers currently pay 38.8% of all alcohol duty collected within the EU.

As a result of the duty hikes over the last five years, the WSTA notes that 79% of the cost for an “average-priced” bottle of spirits and 57% for an average-priced bottle of wine is now accounted for by tax. Earlier this year the drinks industry body launched its “Call Time on Duty” campaign in a bid to highlight the economic benefits of ending the escalator.

Commenting on the CGA report, Miles Beale, chief executive of he WSTA, said: “These figures show that pubs, bars and restaurants are increasingly reliant on wine and spirit sales to bring in revenue.

“We are calling on the Chancellor to help save the British pub by scrapping his inflation-busting alcohol super tax at the 2014 Budget. This will also be welcomed by responsible drinkers in hard-pressed times.”