UK beer duty will be cut by one pence per pint, the chancellor of the exchequer George Osborne has announced. 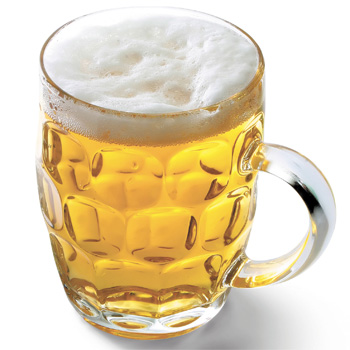 The Budget was announced in the House of Commons this afternoon which saw a huge cheer erupt as the chancellor confirmed that beer duty would be cut by one pence per pint, while duty on cider has been frozen.

It is the second cut to beer duty in as many years.

Brigid Simmonds, British Beer and Pub Association (BBPA) chief executive, said: “This is fantastic news, and George Osborne is again the toast of Britain’s brewers, pubs and pubgoers. It will protect over 7,000 jobs over two years, mostly jobs of younger people in Britain’s pubs.

“It also shows that the Government has understood our case, that taxes on British beer had become far too high, and action was long overdue.

“I hope this becomes a trend in future budgets for this British-made, lower-strength drink.”

Julian Grocock, chief executive of the Society of Independent Brewers (SIBA) said, “SIBA applauds the Chancellor’s decision to take another penny off the pint, following last year’s historic decision to scrap the unpopular escalator. It is good to see that this government believes in providing long-term support for the British brewing and pubs industry.

“SIBA’s Budget submission to the Treasury this year was based on the very positive impact of the 2013 duty cut on the local brewing industry. Our members now feel more confident about the long-term prospects for their breweries, and are investing in them by buying new equipment, recruiting new staff or opening new pubs.

“This evidence of an industry buoyed by the duty cut, which we presented to government both centrally and locally, through our members’ lobbying of their MPs, is one reason why we have been given what we asked for in this Budget – the ‘same again, please, George.’. We promise to return the Chancellor’s positive response by giving back more of the same from Britain’s local brewers: more investment in breweries, jobs and pubs.”

Mike Benner, chief executive of CAMRA, said: “CAMRA is delighted to see the Chancellor implementing an unprecedented second consecutive cut of a penny in beer duty. This is not only about keeping the price of a pint affordable in British pubs but helping an industry which has been in overall decline continue on its long road to recovery. CAMRA cares greatly about the future of the Great British pub and it is clear from this Budget announcement that the Government do too.

“Keeping the price of a pint affordable is vital for the long-term health of the pub sector and CAMRA would hope this latest vote of confidence in British pubs will go some way to slowing the rate of closures, by encouraging more people to make use of their local this summer.”