Producers, retailers and trade bodies gave a warm welcome to the Chancellor’s decision to scrap the duty escalator on alcohol and to cut beer taxes as well as freezing those on spirits and most ciders. 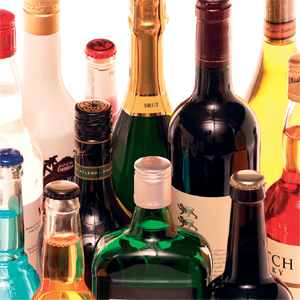 After six years of increasing pain launched by Alastair Darling, George Osborne ticked he boxes drawn up by the Wine and Spirit Trade Association and the Scotch Whisky Association in their Pre-Budget submissions to him.

His actions gave the drinks sector a triple fillip. To be clear, duties on wines and high strength sparkling cider will still rise on April 6, but only in line with inflation. And, for the moment at least, the duty freeze on spirits will last for just 12 months. But he also introduced significant tax benefits to boost investment and cut company energy costs as well as drawing a clear health distinction between alcohol and tobacco through his tax treatment of them.

As with all Budgets, the background papers give insight into Treasury assumptions and thus the possible trend of consumer behaviour and the alcohol industry’s fortunes.

The Government calculates that its total take from alcohol duties will be £370m lower in the coming 12 months than it would have been if Osborne had kept the duty escalator in place. But that assumes no change in consumer buying behaviour.

As the economic recovery gathers pace, post-inflation incomes rise and the rate of alcohol price rises moderates, the Treasury calculates that its receipts from beers, wines and spirits in 2014/15 will fall by only £290m, not the £370m first estimated. The £80m reduction in its shortfall will be due to increase in consumer spending.

While the estimated extra spending is subject to a number of caveats about how consumers react to the duty changes, that could signal an extra £200m a year in takings at the retail level in the UK. A welcome boost for business. And on the Treasury’s predictions, that extra spending (despite all duties increasing in line with inflation from 2015) could rise steadily over the next few years.

In a separate part of his speech, Osborne said he wanted to boost exports by cutting the energy costs of manufacturers and so set aside £70bn to cut producers’ energy bills and boost efficiency. On his own calculations, what he called “a mid-sized manufacturer” would save up to £50,000 a year in energy costs. Distilling and brewing are energy intensive activities and so will benefit accordingly over the longer-term.

And the tax treatment of the heavy investment in distillery capacity in Scotland will flow through to company bottom lines, especially as the world economy recovers and export levels increase.

Significantly, Osborne also dealt a blow to the anti-alcohol lobby by scrapping the duty escalator on wines and spirits (he dropped it from beer last year) but retaining it on tobacco. He said: “Tobacco duty has been rising by 2% above inflation and will do so again today. This escalator was due to end next year – but there are no sound health reasons (our italics) to end it, so it will be extended for the rest of the next Parliament.” So taxes on tobacco products will go up by the rate of inflation plus 2% every year until 2020 to further cut consumption.

By taking that action he drew a distinction between the tax treatment of tobacco and alcohol on health grounds.

“We’ve introduced new laws to prevent alcohol being sold below minimum tax rates, and this helps prevent supermarkets undercutting pubs, and helps stop problem drinking,” he said. ”It’s a far more targeted approach than the alcohol duty escalator hated by many responsible drinkers. Today, I am scrapping that escalator for all alcohol duties.”