A glimpse into the lavish palace of deposed Ukrainian President Viktor Yanukovych has revealed his taste for prestige cuvée Champagne, luxury Cognac and Jack Daniel’s. 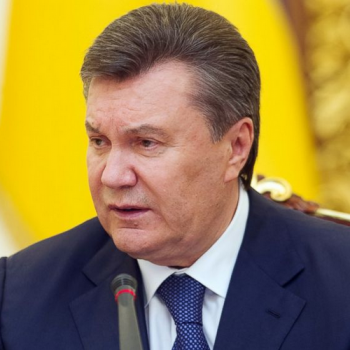 Alongside the replica Spanish galleon, pet ostriches, gold-plated golf clubs and a model horse found at Yanukovych’s Mezhyhirya palace, the Ukrainian public has also had a chance to investigate the contents of his private bar.

While the Guardian reports the discovery there of bottles of Cristal, images featured by the BBC show a back bar lined with high end Cognacs, including Hennessy XO, as well as a bottle of Jack Daniel’s.

The discoveries mark a contrast with the Mateus rosé found in the palace of Iraqi President Saddam Hussein when he was ousted from power in 2003. Meanwhile, despite their former leader’s devout Muslim image, Libyans who explored the palace of Muammar Gaddafi in 2011 reported finding an array of bottles, including Johnnie Walker and Dom Pérignon.

For more on the favoured tipples of some of the world’s most famous leaders, from Stalin to Kim Jong-il, click here.