Colette Bancroft, writing in the Tampa Bay Times, recommended this Pinot Noir from the Willamette Valley in Oregon, which she said was a wine “not to be missed” if you are a fan of the grape.

She said: “This is a superb and pure example of what this medium-bodied red can be: complex, lush and elegant. Fruit is very much to the fore, as it should be. Ripe cherry, a nice brambly edge and a hint of cassis on the nose segue into full frontal cherry and red raspberry on the tongue, accented by fainter notes of plum, mocha and white pepper. The result is a dark and harmonious flavour profile. A medium-long silky finish is capped by just a hint of anise at sign-off.”

Dennis Sodomka, writing  in the Augusta Chronicle, picked this “deep ruby” Bordeaux blend which he described as having “complex aromas” of cherry and strawberry.

He said: “Justin Justification 2010 is a blend of Cabernet Franc and Merlot, modelled after a classic Bordeaux right bank blend.

“It is an elegant, lush wine, full of bright fruit, ready to drink upon release. Bordeaux wines traditionally are more restrained and need ageing before you can drink them. But now, because of success with those blends in the United States, South America and Australia, you can find all kinds of Bordeaux wines ready to drink as soon as you buy them. And new, non-traditional blends are emerging. It is a case of New World tastes changing Old World traditions.

“Justification is a great introduction to the classic Cabernet Franc grape, which typically is lighter and with more immediate fruit than Cabernet Sauvignon. It is traditionally a blending grape, playing second fiddle to Merlot in the right bank blends.”

Irene Virbila, writing in the LA Times, chose this “crisp and aromatic” white from the Bizkaiko Txakolina region in Spain’s Basque country, which she said would pair well with grilled fish or a chilled seafood platter.

She said: “Crisp and nervy, this Txakolina from the Spanish Basque country has more depth than most and a welcome minerality. Scented with key lime and jasmine, it ends on a slight bitter note, just enough to make you want to take another sip. A serious wine.

“Of course, it’s a brilliant match with crudo or sushi, a chilled seafood platter or grilled fish. Have it with salt-cured anchovies drizzled with olive oil, which is what winemakers typically serve with their Txakolina in the tasting room. 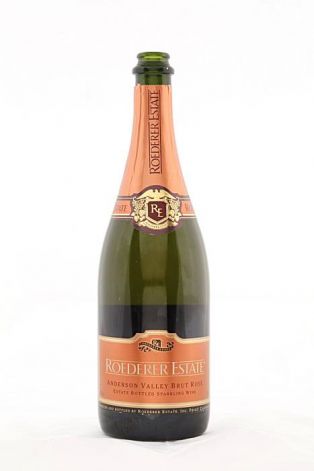 This rosé brut from the Roderer Estate was recommended by Rebecca Murphy writing in the Dallas News, which she said would be perfect for Valentine’s Day.

Roederer Estate is in the Anderson Valley in Mendocino County, about two hours north of San Francisco, and a few miles from the Pacific Ocean.

Of this rosé she said: If Valentine’s Day says sparkling wine for you, here’s the perfect one to make your day. It’s from the California outpost of the French Champagne house of Louis Roederer, so you know they know something about making sparkling wine.

“It is a pale salmon pink colour, with oh-so-tiny bubbles rising festively in the glass. Delicate aromas of raspberries and citrus intertwine with wisps of vanilla and freshly baked brioche. Those bubbles dance on the tongue, animating strawberry, raspberry and pear flavours layered with rich yeasty, toasty notes. Serve it with a baked salmon with a butter-lemon sauce.”

Writing in the San Francisco Chronicle, Jon Bonné chose his picks of whites from central Europe which he felt were perfect for the winter.

He said: “Sandi Skerk is one of the pioneers of the Carso region, and his skin-fermented Ograde is one of its benchmarks. Made from Vitovska, Malvasia, Sauvignon Blanc and Pinot Grigio, it is amber-hued, exotic and intense: full of musk, passion fruit, gunflint and marzipan, with a tea-like tannic aspect.

“The layers of flavour keep coming.” 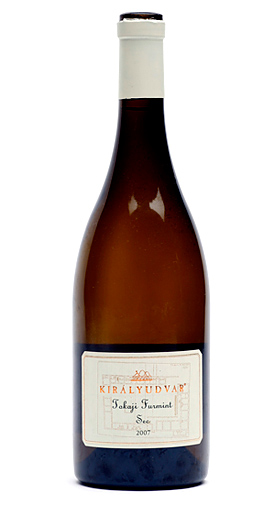 Bonné also recommended this “slightly feral” white from Hungary’s Tokaj region which has long been one of the country’s most respected wine regions, known for its Tokaji dessert wines.

He said: “Now owned by American businessman Anthony Hwang, Kiralyudvar is one of Tokaj’s great houses. This dry version of Furmint is reminiscent of the great wines of the Loire (it was devised with help from Noel Pinguet of the Loire’s Domaine Huet, which Hwang also owns) and it’s as focused a version of Furmint as you’ll find. A slightly feral side to it: honeycomb, lanolin and aniseed, plus ripe apple and tangerine flavours. The perfect balance of winter richness and a stoic edge.”

For Dave McIntyre, writing in the Washington Post this week, it was all about fruity Californian wines.

Of this blend from the central Californian coast, he said: “This is the type of white blend I love: a mixture of Pinot Gris, Sauvignon Blanc and Muscat that doesn’t fit any model from traditional Old World wine regions.

“It’s lovely, aromatic, fruity and yet dry, delicious by itself or with casual seafood dishes. There is also a delicious red blend ($23) based on Zinfandel.”

Another favourite of McIntyre’s was this this Marietta Old Vine red, a good value red at just $15He said: “Bonné lauds the Marietta Old Vine Red as an example of a traditional-style wine that provides value at a reasonable price. I’m old enough to remember when this wine, which is not vintage-dated but numbered by lots, cost less than $10.”Even at its current price, the Old Vine Red is a tremendous value: Zinfandel-based, earthy and complex.”

Michael Dresser, writing in the Baltimore Sun, picked this “medium to full bodied” Californian Cabernet Sauvignon as his “wine find” of the week.

He said: “This red wine from the company founded by the late, great actor Paul Newman is a terrific value. No, it’s not the most complex Cabernet to ever come out of California, but it holds its own with many that fetch twice its price. It’s a medium- to full-bodied wine with up-front, accessible flavours of black cherry and vanilla. It could be even better in a year or two, but it’s mighty easy drinking right now.”

He said this wine would pair well with red meat, pasta, pizza

This week’s recommendation from Eric Asimov, writing in the New York Times, was this Syrah from California’s Edna Valley.

Having tasted 12 Californian Syrah’s, Asimov’s panel picked this as their top wine.

He said: “Our top wine, the 2010 Qupé, was from Bob Lindquist, one of California’s Syrah pioneers. The wine, from the Sawyer Lindquist Vineyard in Edna Valley, was beautifully balanced and already complex with gorgeous flavours of flowers, olives, smoked meat and minerals, though it would definitely improve with age.”