Women have been brewing beer since the dawn of time, but their presence within the industry has never been felt more strongly.

In ancient Egypt beer was almost entirely brewed by women and it was a German nun who discovered that adding hops to beer would help give it a longer shelf life allowing for beer to be produced on a more industrial scale.

As related in our Wine Gods and Goddesses, the Babylonians believed that the goddess Nin-Kasi taught mankind the secret of brewing.

Today thousands of ‘brewsters’ – a medieval term for a female brewer – are working in the industry at all levels crafting new styles and breweries from scratch.

When I asked Twitter to recommend some female brewers I received an outpouring of tweets listing dozens of female brewers currently making a name for themselves in the industry.

So impassioned was the response that highlighting just 10 doesn’t seem to do justice to the legion ‘brewsters’ out there.

Two Birds Brewing was founded in 2011 by friends Jayne and Danielle after they met as teenagers in Perth. During a trip to the west coast of America, the two birds ‘hatched’ a plan to set up their own brewery in Yarraville, Victoria. Last month the Two Birds announced they would be building their own brewery in Melbourne having achieved 30% growth year-on-year since 2011. The pair had been brewing their beers under contract at Southern Bay Brewing Company in Geelong, and more recently, Gage Roads Brewing Company in Perth. 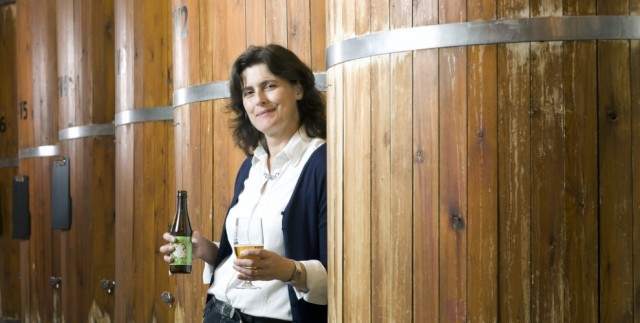 Sara Barton started brewing more than 20 years ago when she took a masters degree in brewing at the Heriot Watt University in Edinburgh. She spent several years working for Courage in the Berkshire Brewery and then, following an MBA, founded her own brewery Brewster’s in Grantham, Lincolnshire. In 2012 Sara was named Brewer of the Year by the British Guild of Beer Writers. 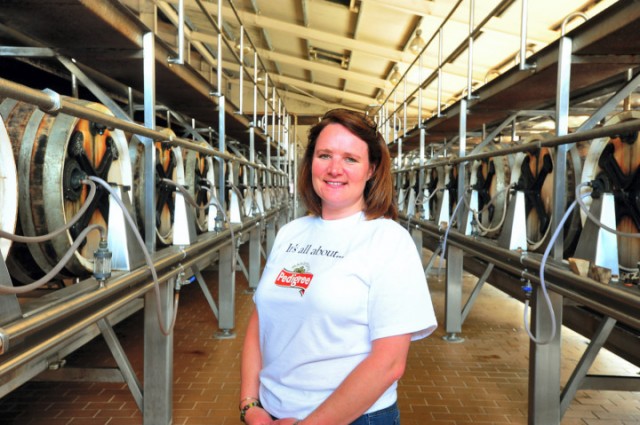 Emma Gilleland is currently head of supply chain at Marston’s, an enormous brewery based in Burton upon Trent that produced draught Bass, Pedigree and Banks’s beer. A biomedical technology graduate, Emma became the tenth person and the first woman to be appointed to the role of head brewer in Marston’s 179 year history. 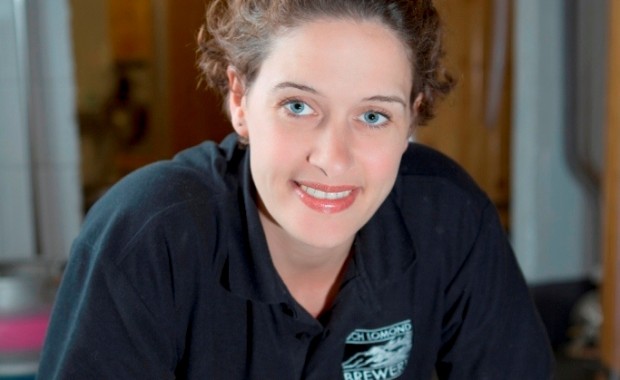 The Loch Lomond Brewery was founded by Fiona MacEachern and her husband Euan in Alexandria at the southern end of Loch Lomond in 2011. Having been home-brewers for many years, the couple decided to go professional spotting a gap in the market for cask ale in Scotland. The brewery currently produces between 1,500 and 3,000 litres of beer a week using locally sourced grains and the hops from around the world. 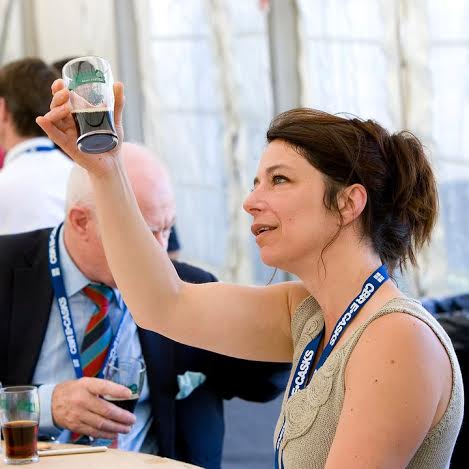 The Waen Brewery was founded in 2009 by Sue Hayward alongside her husband John Martin. After just three years the brewery had tripled in size under the management of Sue. It’s flagship Blackberry Stout and its Chilli Plum Porter won a bronze medal in the 2013 SIBA Wales and West Competition. 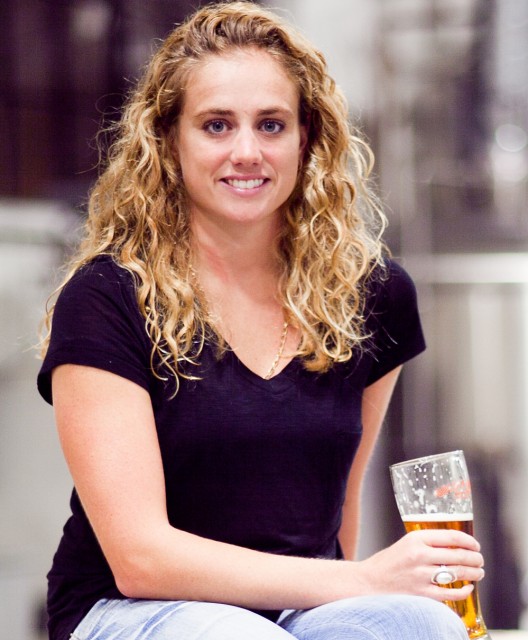 Meg Gill is co-founder of the Golden Road Brewing based in California and at 28 is currently the youngest female brewery owner in the US. The Los Angeles brewery produced 15,000 barrels in 2013 with expectations to double it production in 2014. Meg founded the brewery with LA restaurateur, Tony Yanow. 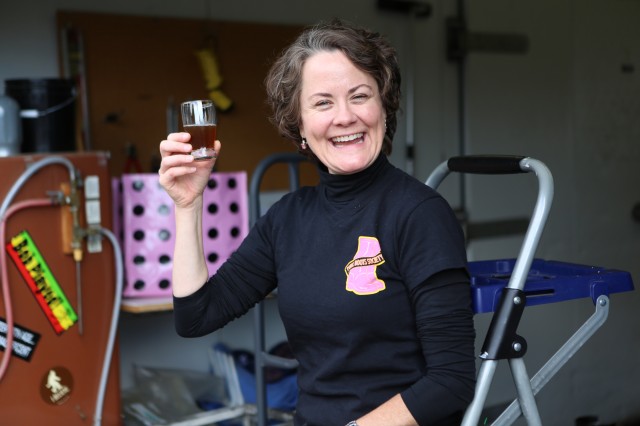 Gwen Conley – The Lost Abbey – US 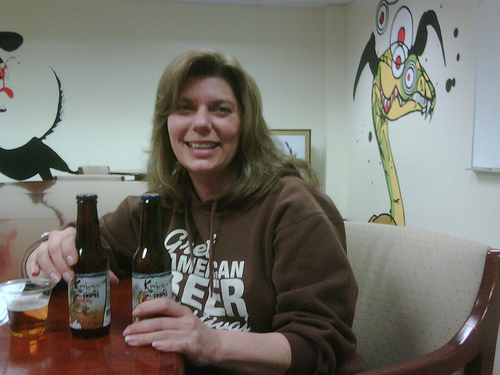 Gwen is currently director of brewery production and quality assurance at the Port Brewing / The Lost Abbey in San Marcos, California. With a Bachelors in biology with a minor in chemistry, her path into the craft beer industry began following jobs as a biology teacher, environmental chemist and microbiologist. She was also the quality assurance and sensory director at Flying Dog Brewery in Frederick, MD. She is a long-standing judge at the World Beer Cup and the Great American Beer Festival and also an instructor for the American Brewer’s Guild at the University of San Diego brewing program. 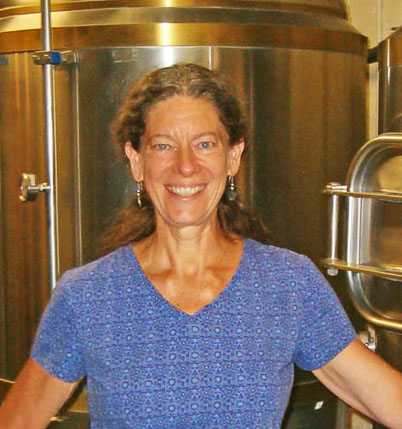 Penny Pink founded Portneuf Valley Brewing in 1996 first setting up inside a sports bar. Then, in March 1999, Penny purchased the old East Idaho Brewing Company building in Pocatello, Idaho, and began the long road to building her own brewpub. The Portneuf Valley brew pub opened to the public in 2005 serving the full range of PVB brews by the glass as well as craft brewed sodas. 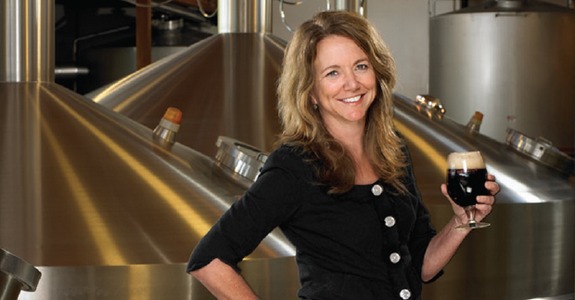 Kim Jordan is the co-founder and CEO of the New Belgium Brewing Company – the third-largest craft brewery in the US. Based in Fort Collins, Colorado, the brewery was founded in 1991 and is known for its flagship brew Fat Tire – an amber ale – and its environmental goals, one of which is to become completely wind powered.