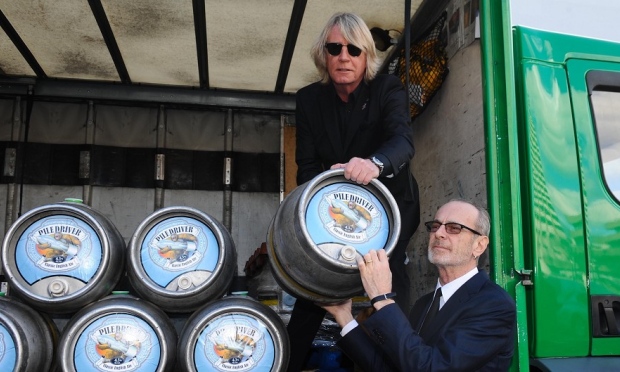 Band members Rick Parfitt and Francis Rossi created Piledriver in partnership with the Whychwood Brewery in Oxfordshire in what was their first foray into the beer industry.

The amber ale will go on sale in more than 900 Wetherspoons pubs from today, according to a report in The Evening Telegraph.

Rossi said: “Music and beer go well together. Anyone denying that has never been to a gig – and certainly not a Quo show.

“We wanted to create something special for the fans, and us of course, to enjoy. Piledriver is it.”

Parfitt added: “Piledriver is renowned as one of those albums where it all went right: the chemistry was perfect and the fun flowed.

“Wychwood Brewery has helped us create a beer with the same ethos – and a huge gorilla as a truly arresting logo.”

Bands such as Iron Maiden and Elbow have also released their own brand beers in the past.

Jeff Drew, head brewer at Wychwood Brewery, said: “We wanted to create something interesting that had a malty, hoppy bitter flavour, but wasn’t too strong or too sweet. The result is Piledriver – a classic English beer for a classic English band.”

The 4.3% amber ale is available in bottles and on cask.