Champagne house Krug has released its 2003 vintage onto the market, described by Olivier Krug as “a big challenge”. 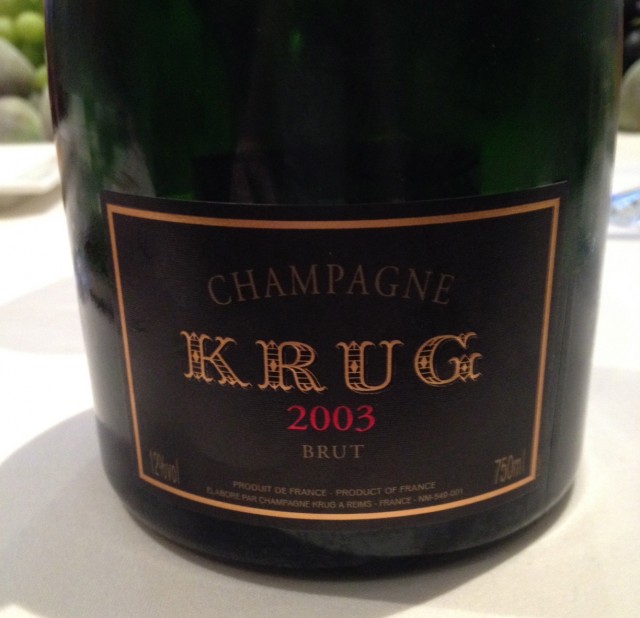 Despite the difficulties Krug faced during the hot summer of 2003, demand for the wine has led it to sell out at a number of the UK’s top fine wine merchants within hours of release.

“The 2003 vintage was by far the most scary vintage in my 25 years working for Krug,” Olivier Krug admitted at the London launch of the wine on Friday.

Characterised by its heat, the 2003 vintage began with early flowering followed by a substantial frost in April, which affected the Chardonnay crop.

The incredibly hot summer that followed led the house to begin the harvest on 23 August – making it the earliest harvest since 1822.

Krug’s chef de cave, Eric Lebel, describes the 2003 vintage, which is “half the size” of a classic Krug vintage, as being “very straight and direct with tremendous balance.”

In terms of the flavour profile, Lebel described the 2003 vintage as boasting “a backbone of citrus fruits with notes of white flowers, almonds, nougat and honey balanced by hints of grapefruit on the finish.”

A blend of 46% Pinot Noir, 29% Chardonnay and 25% Pinot Meunier, Lebel explained at the London launch on Friday that the high percentage of Pinot Meunier brought “surprising freshness and vivacity” to the blend, comparing it in nature to the house’s 1979 and 1998 vintages.

In terms of the wine’s ageability, Krug believes it will go on comfortably “for a hundred years”.

“There’s a stigma surrounding the 2003 vintage of it being overripe and lacking in finesse because of what happened in Bordeaux. For that reason, a lot of Champagne houses skipped the vintage, or released it very quickly.

“With Krug 2003, I think we’ve delivered the opposite of what people expect from the vintage, as it offers a lot of freshness and finesse,” Krug said.

He went on to hint that the house might release the 2002 vintage at a later date.

Krug 2003 is priced at £226 a bottle and is available in the UK through the likes of Selfridges and Harrods.