The “world’s most expensive cocktail” has been sold at the opening of an ice terrace at a restaurant in Moscow for $50,000. 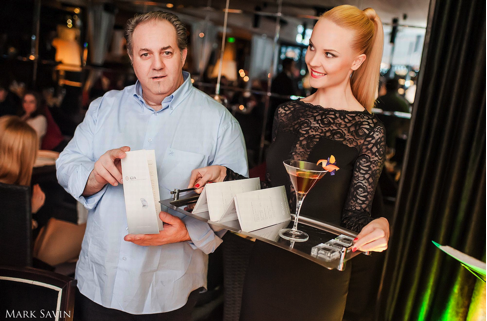 Moscow’s first-ever ice terrace bar was opened at the Reka Moscow restaurant in the heart of Russia’s in the run up to the Winter Olympics.

Almost twenty tons of pure Siberian ice was used for the creation of the 120 square meter area which can seat up to 80 people.

The unique ice interior remains comfortably warm thanks to an infrared heating system.

Sponsored by Hennessy V.S.O.P, guests are able to order cocktails made with premium products from the French producer.

The cocktail glass was studded with three 4-carat diamonds from the event’s jewellery sponsor, Italian company Crivelli, and contained a cocktail of made with Hennessy Richard – a blend of over 100 fully mature eaux-de-vie and is described as the “jewel in the crown of the Hennessy Cognac range”. 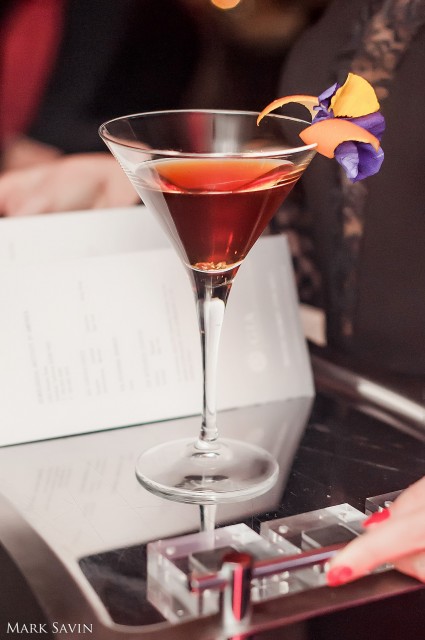 At the close of the evening Crivelli ran a raffle in which more than 100 guests took part and where a pendant could be won.

Of the newly sculpted ice bar Michel Lombardi, Reka Moscow’s head chef, said: “I like adventures. My whole career has been an adventure – not least of which was my move to Russia. The harsh winters, adjusting to a new culture and especially to life in the kitchen here – it all was a challenge. But now, just two years later, I feel completely at home.

“My feeling is that an ice terrace suits the country of Russia, a land of snow and ice. And we have gone out of our way to create something really special, something which will make Muscovites who are used to the best stop and say: Wow, this is amazing!”

Before creating Reka Moscow, he worked in the top restaurants of London, Milan and Toronto for many years.