Diageo has released its most expensive ever single malt whisky with the launch of Brora 40-year-old. 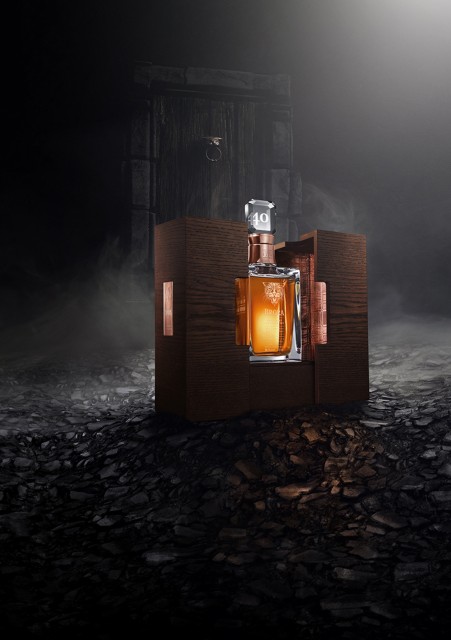 Just a single cask, amounting to 160 bottles, of the expression have been released from this “silent” distillery, which closed in 1983. Priced at £6,995 per 70cl bottle, the whisky is now exclusively available to pre-order through World Duty Free’s online outlet.

Bottled at cask strength of 59.1% abv from a highly peated Highland whisky laid down in 1972, this new release marks the oldest ever expression from Brora to reach the market.

The whisky is packaged in a crystal decanter, which features a golden image of the Scottish wildcat, the legendary guardian of Brora distillery, as well as the crest of its founder the Duke of Sutherland. The number 40 is etched into the decanter’s stopper, while the distillation year of 1972 is engraved into the copper neck.

Each decanter is then presented in a wooden case, which has been specially created by the Queen’s cabinet maker NEJ Stevenson.

Introducing the whisky, Steve White, global marketing director of Diageo global travel retail & Middle East, said: “We are confident that the supreme quality and rare nature of this whisky will delight and excite single malt collectors and aficionados who will want to add a bottle of this prestigious whisky to their prized collection.”

Meanwhile David de Miguel, global head of liquor at World Duty Free Group, noted that the exclusive partnership for this release “showcases our ability to consistently offer a range of unique whiskies across our stores.”

With growing global demand for rare or mature Scotch whiskies, de Miguel added: “The exceptional quality of this rare whisky will attract and intrigue whisky connoisseurs, helping to highlight our reputation as whisky specialists with the finest expertise.”

Brora was originally founded as the Clynelish distillery in the Sutherland town of Brora. After Clynelish opened a new distillery next door in 1967, the old site was reopened under the Brora name, before closing for good when much of the Scotch whisky industry was struggling during the 1980s.