A London micro-brewery has been told to stop producing one of its most popular craft beers, if it insists on using the image of British actor Robert Lindsay on its label. 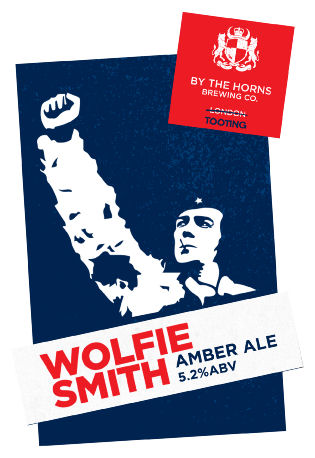 The By The Horns Brewery Co., based in Tooting, created the its 5.2% Wolfie Smith Amber Ale last year as part of a range to celebrate life in London.

Its bottle features a label with an image of Lindsay as Citizen Smith – a Marxist the actor played in the popular sitcom of the same name between 1977 and 1980.

However the brewery has been contacted by a representative of the actor with a cease and desist order to stop using his image on its brew label, adding that the actor did not want to be linked with an alcoholic beverage, according to the Daily Mail.

The actor is most famous for his role as Ben Harper in BBC sitcom My Family.

Speaking to the Evening Standard, brewer Alex Bull, 28, said: “We did not feel we could go down the route of a court case.

“We have considered ways of changing the bottle and cask. We might put a red star over his face, but we want to keep the name.

‘It’s a big shame but we are going to have to get rid of Wolfie Smith’s well-known face and redesign the bottle that everyone loves.” 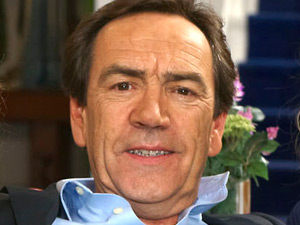 The former City finance analyst founded By The Horns with his friend Chris Miles, 29, producing a range of beers based on London life, including Lambeth Walk, Diamond Geezer and Stiff Upper Lip, however Wolfie Smith Amber Ale has proved to be one of its most popular products.

The pair began their foray into the world of beer by using a homebrew kit to create a new batch of beer once a week – eventually expanding to set up a commercial production in Summerstown, south west London.

The TV show, created by Only Fools and Horses writer John Sullivan, starred Lindsay as Marxist ‘urban guerilla’ Wolfie Smith, who, in an attempt to emulate Che Guevara, tries, and fails, to establish a Marxist community in the south London suburb.

The pair picked Robert Lindsay’s character from Citizen Smith for its label as their site was less than a mile from where the 70s sitcom was filmed.