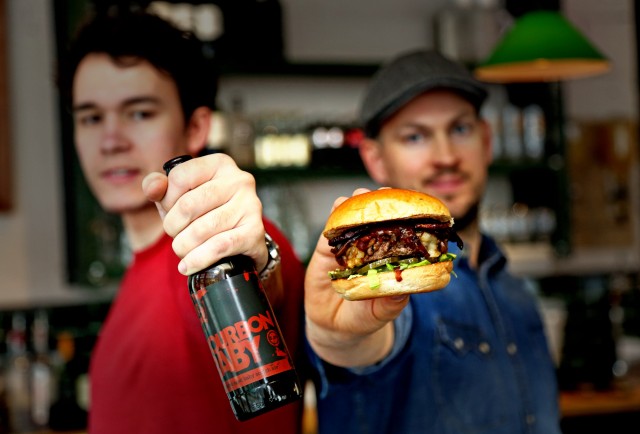 The burger contains enough alcohol that customers will have to show ID before ordering.

A bottle beer, named Bourbon Baby, has been created by BrewDog to complement the dish – a barrel aged baby scotch ale with notes of spice and brown sugar designed to bring out the complex sweetness of the burger. 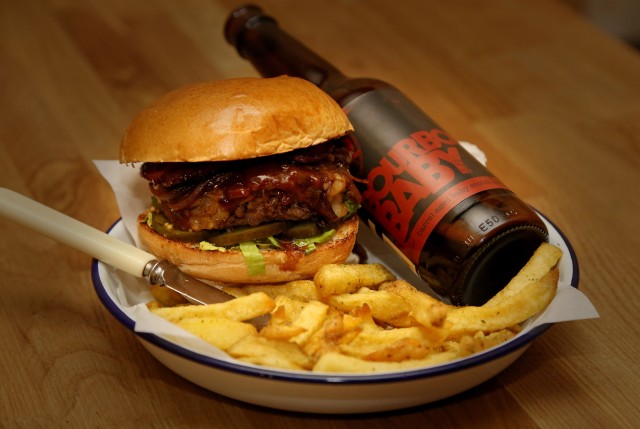 James Watt, co-founder of BrewDog, said: “The BrewBurger brings together the best of BrewDog and Honest Burgers. Our businesses are both built on passion and innovation, so it’s awesome to be working together. Pairing beers with food has become an art form in the craft beer movement, and this project has become a unique challenge as hints of some of our most well-known beers were already present in the burger.

“This meant the pairing for the BrewBurger demanded something totally new and distinctive that worked with such a complex creation, and that was precisely our approach in creating Bourbon Baby. It’s also the first time a burger has come with an abv, which is pretty cool.”

BrewBurger and Bourbon Baby craft beer will be served as a package for £15 at all Honest Burgers restaurants from 3 March until 2 April 2014, and at BrewDog venues across the country on selected dates.

Tom Barton, head chef and co-founder of Honest Burgers said: “I’ve always admired BrewDog so when the opportunity came up we jumped at the chance to be involved.

“Using the craft beer itself as a starting point we were able to bring out the most prominent and complimentary flavours in the burger.

“We’re really proud of the result, a delicious burger with a genuine ABV is not something you tend to come across every day.”