The US market can expect to see fine wine sales increase by 6-10% in 2014, according to a new industry report, although many domestic producers will continue to face profitability challenges. 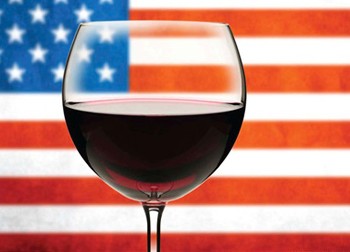 Despite this uplift after three consecutive years of growth rate decline in fine wine sales, overall the 2014 Silicon Valley Bank State of the Wine Industry Report warned that US wineries’ gross profit would be “negatively impacted in 2014.”

Following a run of two large harvests on the West Coast, the report commented: “Due to the higher volume of wine available for sale in a slow economy, we don’t believe the opportunity is there to take broad increases with the exception of selective increases in the higher priced luxury segment.”

With this ongoing financial pressure on US producers, Rob McMillan, executive vice-president and founder of SVB’s wine division, predicted: “Mergers and acquisitions of wineries and vineyards will continue at a record pace.”

The report also heralded the arrival of a “transition point” for wine sales in the US. This shift is seeing “baby boomers”, who currently account for around half of fine wine sales in the US, reach retirement and be replaced by a “millennial” generation still struggling with high student debt and poor job prospects.

As a result of this changeover McMillan predicted: “continued growth in overall demand but only limited pricing power for producers,” but added: “Within the next five to seven years however, the evolution from Boomers to Millennials as dominant purchasers of wine will prove a significant headwind to sustained growth in the wine business.”

During 2014, the report suggested that the greatest growth in demand would be split between “luxury wines” and the $10-18 price bracket.

Despite these growth prospects, McMillan warned that domestic producers were not necessarily in line to benefit. Noting: “the Millennial generation is consuming more foreign wine than other cohorts today,” he concluded: “the likely outcome of this trend is not positive for US producers going forward.”

Exacerbating this trend is the likelihood of a slower economic recovery in Europe than the US, which offers “an opportunity for more bottled imports and additional pricing competition from offshore.”

As a result of these challenges, the report advised: “delivering a positive mass-market message to consumers about domestic wine quality is something the industry should strongly consider.”