An Italian vineyard and 300-year old building have been left in tatters after a giant boulder crashed down a mountainside and smashed right through them. 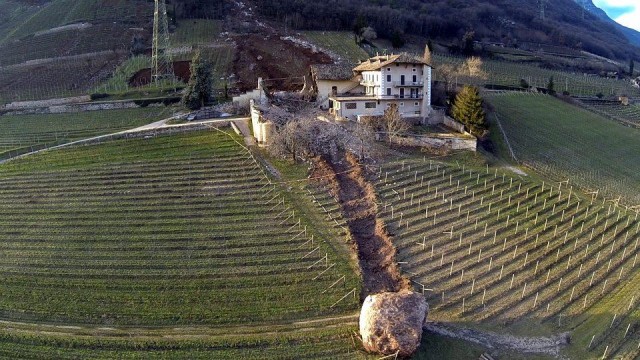 Dramatic imagery shows the extent of the damage following the landslide on 21 January in Tramin-an-der-Weinstrasse, in Alto Adige in northern Italy – a German speaking part of the country.

According to reports on suedtirolnews.it, three giant boulders broke away from the cliff sending 4,000 cubic metres of rock ploughing into the 300-year old building and its vineyard.

A business building and part of the vineyard was flattened but miraculously no-one was injured.

The area has since been evacuated as geologists fear that a further 500 to 600 cubic meters of rock could still topple into the valley.

“We will do everything possible soon establish the safety of the residents again,” said civil defence councillor Arnold Schuler speaking to The South Tyrol News.

State geologist, David Toni Dandl, said: “A rock tower has dissolved and a residual rock is still unstable, as it greatly narrows the foot and makes an unstable impression. There are still too many loose boulders at present.”

Damage to property, according to a first estimate of the estate by manager Baron Philipp von Hohenbühel, will undoubtedly run into millions of euros. 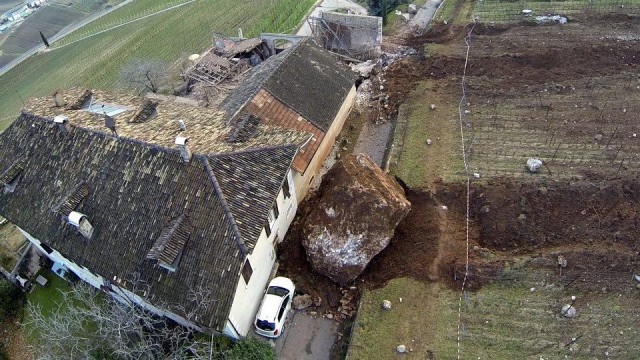