Chilean Malbec ‘no threat’ to Argentina

Increased plantings of Malbec in Chile pose no threat to Argentina, according to US winemaker and consultant Paul Hobbs. 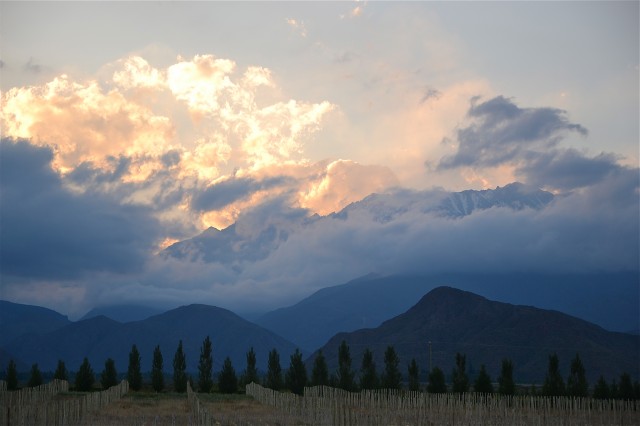 Speaking to the drinks business, Hobbs, who is known as “the Steve Jobs of wine”, said: “Chilean Malbec would never be a threat as Argentina has such a lead on it.

“Anyone else jumping on the bandwagon just adds further credence as people always look to the source.”

Despite the increasing popularity of Argentine Malbec in the international market, Hobbs, who runs the high-end Viña Cobos in Lujan de Cuyo, believes it is not in danger of becoming a commodity.

“I was terrified of Malbec becoming a commodity and going in the direction of Yellow Tail in Australia, but inflation problems killed off the lower end wines and has saved us for the time being,” Hobbs told db.

“Consumers always want the lowest price, which leads UK supermarkets and US big buyers like Costco to drive prices down.

“There are always people willing to supply this demand and unless we diversify and strengthen our upper tier, we could be in trouble. Chile has a big problem and will never escape it – once you’re in at low end you can’t get out,” he added.

At the top end of the Argentine wine market, Hobbs has noticed a growing thirst for the country’s most expensive wines on the part of wealthy Brazilians.

“Cash rich Brazilians would prefer to spend their money on high-end Malbec rather than top Bordeaux – the shift happened a few years ago, it’s a nationalistic thing. Brazil is a really important market for us at Viña Cobos,” he said.

But while Brazilians have been busy snapping up wines by the likes of Catena, Achaval Ferrer, Luigi Bosca and Dominio del Plata, Hobbs warns producers against pushing out “icon” wines with high price tags to satisfy demand.

“Some producers have been making so-called ‘icon’ wines through increased extraction and more oak, but turning up the power and whacking a bigger price tag on the bottle is not the way to go and is going to hurt Argentina’s image,” he warned.

“A lot of wineries feel compelled to make an icon wine, which has been a bit of a problem, as it’s got to happen in the vineyard. It’s not just about double dipping in new oak – less is more.

“In order for Argentine producers to succeed in Europe and Asia they will have to tone down the power and refine their product, or they won’t see growth,” he added.

An exploration into the international success of “brand Malbec” and the Argentine wine scene will appear in the February issue of the drinks business, out next week.