Australian winemaking consultant Brian Croser has predicted an imminent boom in the popularity of Cabernet Franc, especially from the New World. 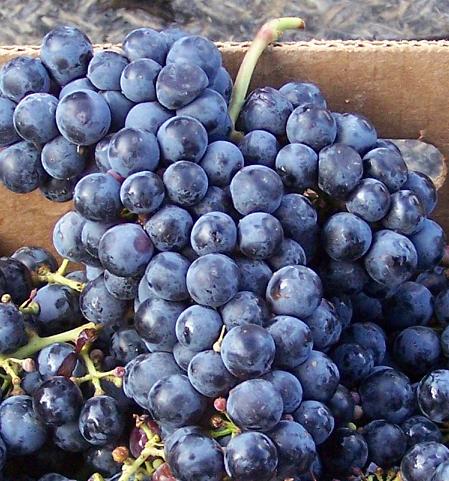 According to data from 2010, published by Kym Anderson of the University of Adelaide, Cabernet Franc is the world’s 17th most widely planted wine grape variety. While its genetic offspring Cabernet Sauvignon takes the number one slot with around 176 million cases produced each year, this figure falls to an estimated 33m cases for Cabernet Franc.

Of this total by far the largest proportion, 66%, comes from France. The next largest Cabernet Franc producer by volume is Italy, which accounts for 13% of total Cabernet Franc production; the US is responsible for a further 7%, while Hungary and Chile grow about 2% each.

Supporting his prediction about Cabernet Franc’s imminent step into the limelight, Croser suggested: “We’re seeing an evolution in the market.”

He linked this same shift to the similar leap in popularity for Pinot Noir during the last decade. “Pinot was widely shunned – often with good reason – through the 1980s and now it’s the darling,” Croser told the drinks business. “It’s the exact opposite of the wines that have been in favour, those big Cabernet styles and Shirazes.”

Now however, he suggested, “the palate of the market is changing – people are looking for more subtlety and Cabernet Franc delivers that in spades.”

As producers begin to recognise this attribute, Croser pointed to significant recent plantings of the variety by Santa Rita Estates in Pumanque, as well as its Argentine brand Doña Paula, which is achieving successful results high up at 1,400 metres altitude in Gualtallary.

Tim Atkin MW, who chaired the workshop’s panel of speakers, also stressed the potential for this “under-rated” variety, highlighting Argentina in particular. “I believe it is the grape variety after Malbec that is going to make Argentina’s name,” he said, “especially in cooler climate regions like the northern end of the Uco Valley.”

Referring to the current overwhelming dominance of France when it comes to Cabernet Franc, Croser remarked: “It’s been pretty sparsely planted in the New World but now in some places it’s being planted and nurtured.” In addition to the variety’s growing South American presence, he noted: “It grows beautifully in Coonawarra and Margaret River.”

As for finding the right places to plant this variety, Croser told db: “I suspect it’s going to come from moderately cool but not too cool regions, those with 1,500 to 1,600 degree day sites and maritime sites. It’s not a variety that enjoys big daytime temperature fluctuations.”

In terms of style, Croser recommended a more straightforward approach for the variety’s New World rise than its most famous incarnation as part of a Bordeaux blend, insisting: “It doesn’t need to be blended.”

According to Wine Grapes, the origins of Cabernet Franc are most likely to lie in the Basque Country, where the variety is believed to be a parent of Txakoli grape Hondarribi Beltza.

In Bordeaux, Cabernet Franc is not only the genetic parent of Cabernet Sauvignon when crossed with Sauvignon Blanc, but also of Merlot when crossed with the early ripening Madeleine Noire des Charentes. It is also simultaenously the father and great-grandfather of Carmenere through a genetic crossing with grandchild Gros Cabernet.