In the second of a three-part series, we round up 10 winemakers to watch under 40 who are shaping the future of the industry. 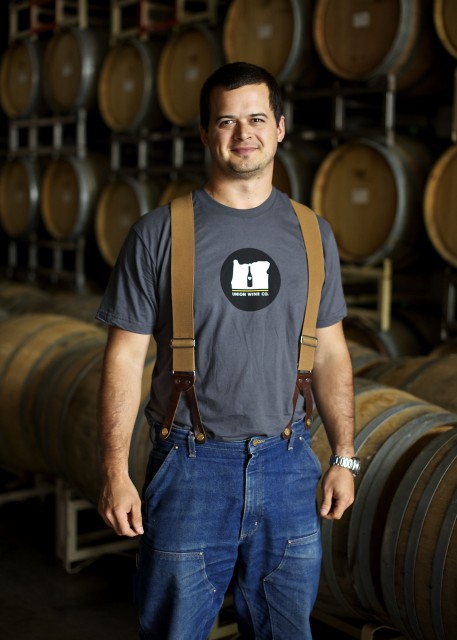 Ryan Harms caused a storm in a wine glass last November when he released his Oregon-grown Underwood Pinot Noir in a 12-ounce can to try and encourage the “beerification” of wine among consumers. “We wanted to launch a product that embodied our philosophy of making great craft wine minus the fuss. These wines are more about immediacy and the can is an extension of that thinking,” says Harms.

He launched the Union Wine Company in 2005 after clocking up several years experience at wineries in Oregon’s Willamette Valley, including six years as winemaker at Hawks View Cellars. He is adamant to prove that Oregon wine need not always be expensive and has made it his mission to craft quality Oregon Pinot at an affordable price point. 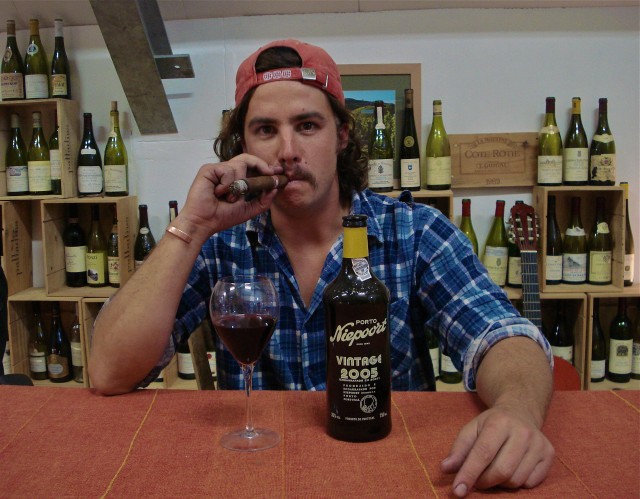 Hawkins’ ultimate goal is to work biodynamically. “I’m an idealist, so I‘m drawn to the purity of natural wine,” he says. Before Lammershoek, Hawkins spent four years working for the Swartland’s spiritual leader, Eben Sadie, and travelling around Europe working harvests at Sadie’s Priorat property Dits del Terra. He also has a side project making Blaufränkisch for Dirk Niepoort’s Austrian venture, Muhr-van der Niepoort. “I like to challenge people’s ideas of what they believe wine should be,” he says. 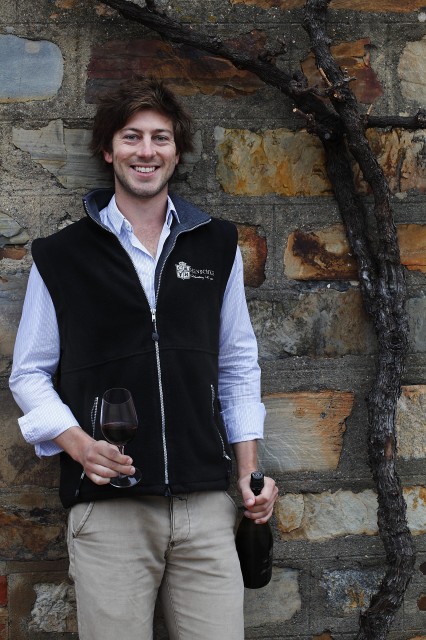 A sixth generation member of one of Australia’s most prestigious wine dynasties, the Henschke family, 30-year- old Johann graduated with a degree in oenology from the University of Adelaide in 2005. He cut his winemaking teeth through stints at Leeuwin Estate in Margaret River, Felton Road in Central Otago, Isole e Olena in Tuscany and Arietta in the Napa Valley before returning to the Barossa Valley last year to work for the family business.

Henschke is currently focusing his attention on the estate’s cool climate vineyard at Lenswood in the Adelaide Hills. He is also co-chair of the Grüner Veltliner Group in the Adelaide Hills, dedicated to promoting the production of the aromatic white variety in the region. Organic and biodynamic practices in the vineyard are also high on his agenda. 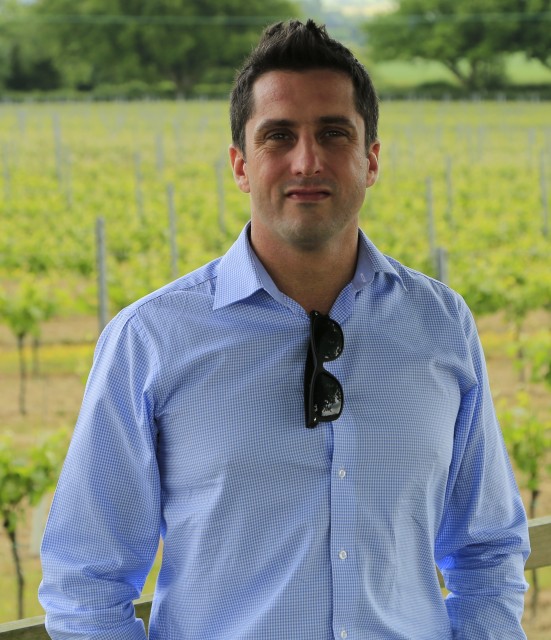 One of English sparkling wine’s brightest stars, Charlie Holland recently swapped the South Downs in Sussex for Kent, having taking up the role of winemaker at Gusbourne Estate after a four-year stint as winemaker at Ridgeview. A Plumpton College graduate, Holland’s first job in wine was as a cellar hand at Tattachilla Winery in the McLaren Vale, which inspired him to ditch his career as a civil servant and pursue winemaking full- time.

Working harvests in France, California, Germany and New Zealand, Holland returned to Blighty in 2009 determined to make quality English sparkling wine. During his time at Ridgeview, Holland helped to put quality English fizz firmly on the wine map. Having moved to Gusbourne, Holland intends to make the estate’s first home produced vintage this coming year, which has, until now, been produced down the road at Ridgeview. 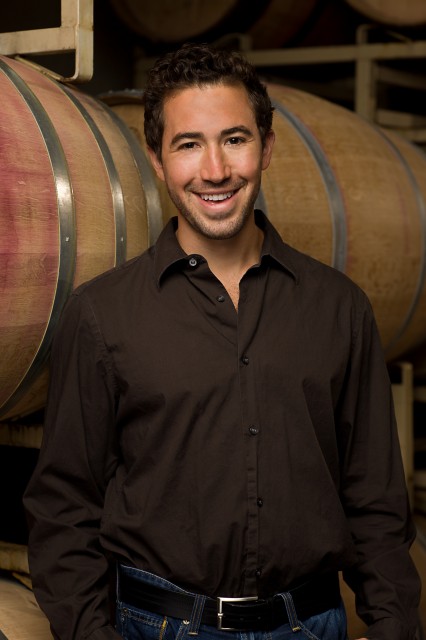 Not only was Jesse Katz the youngest ever hired head winemaker in the US when he joined Lancaster Estate in 2010 by way of Screaming Eagle, he also counts singer-turned-actor Justin Timberlake among his friends, helping the curly-haired crooner craft a wine for his wedding to actress Jessica Biel last year. To celebrate the nuptials in southern Italy, Katz created Blue Ocean Floor 2009, a red blend from Sonoma County.

Katz has opted to work exclusively with Bordeaux varieties at Lancaster Estate in California’s Alexander Valley, and, over the last four years, has received 90+ Parker points for every wine that he’s made. He developed a passion for wine at an early age while travelling around some of the world’s key wine regions with his photographer father. Graduating with a degree in oenology, before joining the winemaking team at Screaming Eagle, Katz learnt the tricks of the trade in Argentina under the guidance of Paul Hobbs and Hans Vinding-Diers. 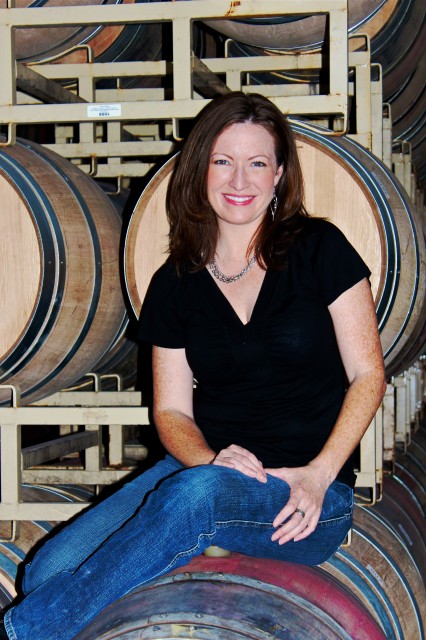 A self-styled science geek with a degree in animal science, Melton swapped beakers for barrels after a family trip to the Napa Valley opened her eyes to the world of wine. Enrolling at the prestigious UC Davis in California, she graduated with an oenology degree in 2007, joining Clos du Val as assistant winemaker in 2010 after a placement at Seresin Estate in Marlborough and a stint at Saintsbury in Carneros making Pinot Noir, Chardonnay and Syrah. 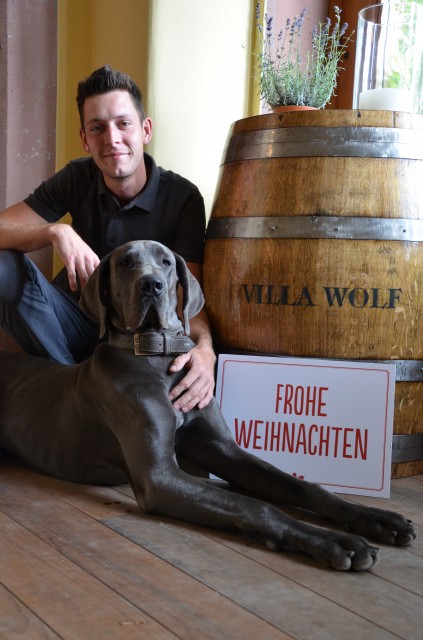 Rarely seen without his beloved Great Dane, Muecke, at just 25, Moellendorf is the youngest entrant in our line-up, having recently been appointed winemaker at Ernie Loosen’s Villa Wolf estate in Pfalz. In charge of directing the style and production across production across the Villa Wolf Range, Moellendorf’s passion for wine and nature began at a young age during summers in his grandfather’s garden.

Starting young, he moved from his hometown of Berlin to the Mosel aged 16 to work as Loosen’s apprentice in Bernkastel where he worked in both the vineyard and winery, spending eight years honing his skills. At Villa Wolf, Loosen has deferred all decision making to Moellendorf, who takes a hands-on approach at the winery, overseeing every part of the process from destemming to barrel ageing. 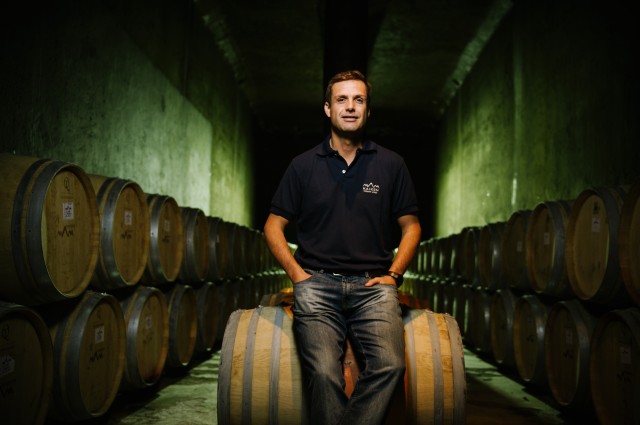 The son of Chilean wine pioneer Aurelio Montes, Aurelio Montes del Campo was destined for a life in wine. Graduating with a degree in oenology from the Catholic University of Chile, Montes clocked up winemaking stints at Rosemount Estate in the Hunter Valley, Cape Mentelle in Margaret River and Franciscan Estate in Napa before returning home to Chile to join Viña Ventisquero, where he learned the ropes before joining the family firm in 2007 as chief winemaker at the Apalta winery where flagship wine Montes Alpha is made.

Four years later, Montes hopped across the Andes to Mendoza to take the helm at Montes senior’s Argentina estate, Kaiken, where he works across the entire range, paying special attention to the production of traditional method sparkling wines and the development of biodynamic practices in the vineyard. 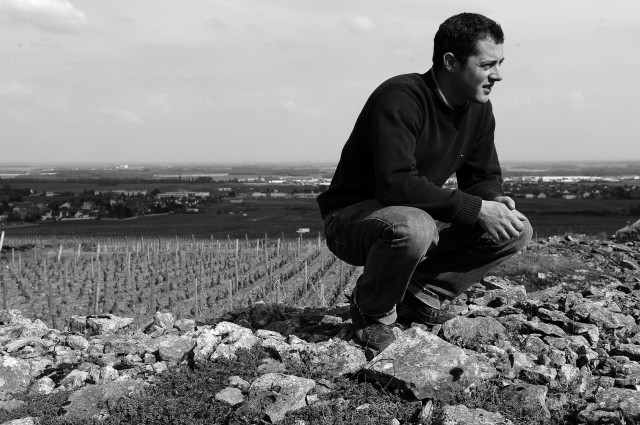 Taking the reins at his 10-hectare family domaine in 2006 after the untimely death of his father at just 51, Mortet is responsible for winemaking at Domaine Denis Mortet in Gevrey Chambertin, founded by his father in the early ‘90s and now spanning 14 appellations, including Clos-de-Vougeot and Chambertin.

At the time of his death, Denis was already leaning towards making a more gently extracted style of Burgundy, and Arnaud seems to have wholeheartedly embraced this philosophy, moving closer to the wines of his great-uncle, Charles Rousseau, that display minerality and elegance without forfeiting his father’s signature palate weight and opulence. One of Mortet’s most ambitious aims at the domaine is to produce a high quality white Gevrey Chambertin made from small parcels of Chardonnay grown in chalky parcels in Daix, north-west of Dijon. 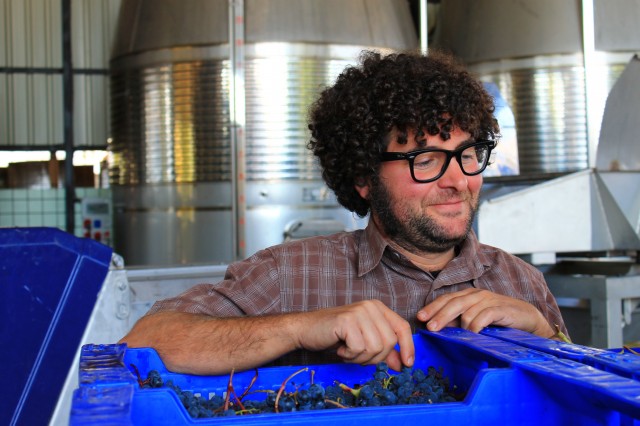 Boasting an abundant crop of black ringlets and signature black-framed specs, Ricardo Pérez Palacios doesn’t look like your average winemaker. The 37-year-old nephew of Spanish wine pioneer Alvaro Palacios is currently in charge of winemaking at Descendientes de J. Palacios in Bierzo, where he has been instrumental in putting the northwestern Spanish region on the world wine map.

Having gained valuable experience through work placements in France at Château Margaux, Château Palmer and Jean Pierre Moueix, along with time in Chile and the US, Palacios returned home to Spain to work under Alvaro’s wing. He is responsible for a trio of wines at the estate: Corrulón, Pétalos and Las Lamas. Recently, under Alvaro’s tutelage, Palacios crafted a £500 a bottle single vineyard Mencía called La Faraona 2011, which is made from a 0.5- hectare plot of old vines on steep slopes that serves as the grape’s ultimate expression.