Fans of the Anchorman franchise can finally settle down with a leather bound book and glass of Ron Burgundy’s favourite tipple as a Scotch is being released alongside the new film. 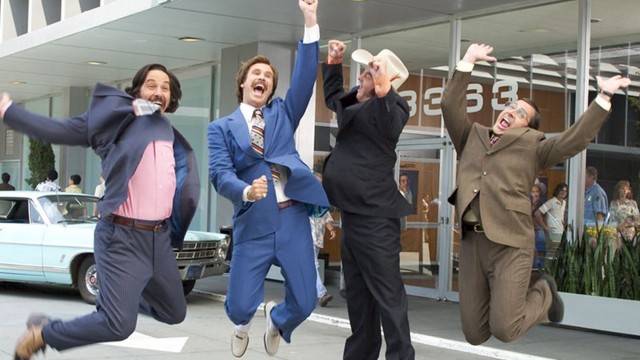 To coincide with the release of Anchorman 2: The Legend Continues, “Great Odin’s Raven” – a reference to one of Ron Burgundy’s catchphrases – is apparently due for release this month.

Little information about the Scotch is known save that it’s a blend and being released through Drink Supermarket and was bottled by Riviera Imports.

The exploits of Ron Burgundy and his Channel 4 news team (above) gained cult status when the first film, Anchorman: The Legend of Ron Brgundy, was released in 2004.

Filled with quotable dialogue and slightly surreal moments such as a cameo-filled street fight between rival news teams straight out of West Side Story – albeit one that get’s out of hand “fast” – the sequel has been one of the year’s most hotly anticipated comedies. It is released in the UK on 18 December.

Through it all Burgundy makes it known that his favourite drink is “Scotch. Scotchy, Scotch, Scotch”, which he is often seen holding in a tumbler and drinking before newscasts – although he is seen drinking a beer at one point and also milk, which he quickly calls, “a bad choice”.

Rumours that the packaging will be a “glass case of emotion” are not yet confirmed. 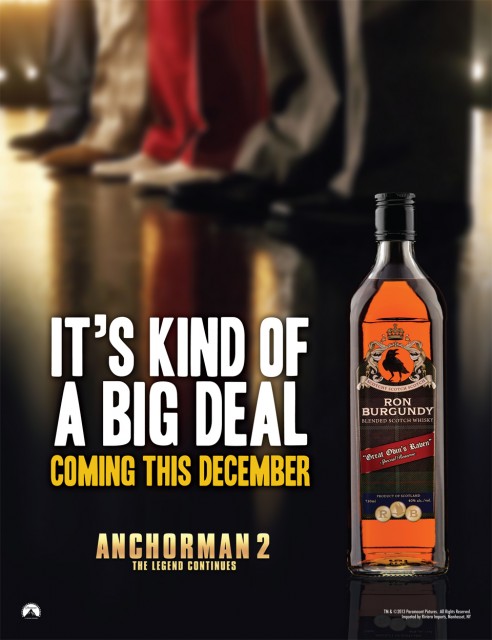