the drinks business caught up with whisky specialist Dave Broom, winner of this year’s IWSC Communicator of the Year award. 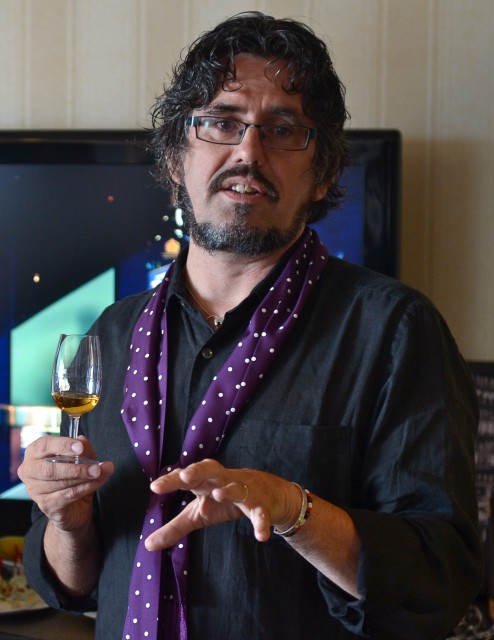 In addition to his responsibilities as contributing editor of Whisky Magazine and editor in chief of its Japanese sister title, Brighton-based Broom is a columnist and taster for US publication Whisky Advocate, as well as writing for German’s Mixology, China’s Drink! and French magazines Fine Spirits and Ginger. Most recently he published The World Atlas of Whisky, a companion volume to The World Atlas of Wine.

Despite this whisky expertise, here he reveals how Margaret River wines inspired his current career and admits to a growing obsession with Tequila.

This interview originally appeared in the drinks business IWSC Report 2013, which came out with the December issue and features full interviews and results from this year’s Competition.

It’s rare for a spirits specialist to win a drinks writing award: do you feel there’s a big difference between wine and spirits writing?

There shouldn’t be. We are all trying to inform, entertain and educate. That said, in many ways there seems to be a greater flexibility in writing about spirits. Maybe it’s because the discipline is relatively new, there are so many untold stories to tell and so many angles to explore. The key for me is finding new ways to keep it fresh and stop it becoming formulaic.

What inspired you to pursue a career in whisky writing?

After I went freelance I spent a vintage in Margaret River and came back thinking I’d like to emigrate and grow grapes there, but I had no money – or any viticultural experience – so I began finding the less cluttered niches in booze writing’s cliff face, one of which was spirits. It coincided with the start of the cocktail boom and the rise of single malt. Here was a virtually untapped area with voices that needed to be heard, an area of drinks which had never been looked at with the same level of intensity as wine. I was lucky to be in the right place at the right time and then to have great teachers.

As a Glaswegian, do you harbour a preference for Scotch or do other whiskies get a look in too? What about other spirits?

I love all great spirits which exhibit balance, complexity, character and a sense of place and identity. The world of whisky is currently a hugely exciting one – seeing the differences between world class examples from Ireland, Japan, the US, Canada and every other country you can imagine. I suppose Scotch will always have a big emotional tug, but I’m increasingly obsessed about Tequila and mezcal, love gin and Cognac, have written a fair bit on rum. Why narrow your field of vision when there’s a world to experience?

There’s been some impressive growth in the global whisky industry recently: are there any developments that you find particularly exciting?

The growth of quality whiskies from “new” countries – the best of which are creating new styles which reflects their culture, climate, serve and place; the way in which a new generation – and more women – are approaching whisky without prejudice or preconceived ideas; the resurgence of blended Scotch and the global recognition of Japanese whisky.

What would you pour to win over a whisky sceptic?

I’d ask them what wine they enjoyed and then find a flavour which would reflect their preference. I’d also have some soda water or ginger ale handy. No one can resist a well-made highball!

What projects are you working on now – anything exciting in the pipeline?

Yes. A new book, Whisky: A User’s Guide, is out in the spring of 2014. Rather than just being another book of tasting notes it looks at how best to enjoy whisky – and how whisky has been enjoyed over the centuries (and it isn’t neat!). There’s also continuing work on the on-line training course www.theworldmasterclass.com and a potentially very exciting writing project which will, hopefully, break new ground in writing about spirits – but I can’t tell you anything about it yet!