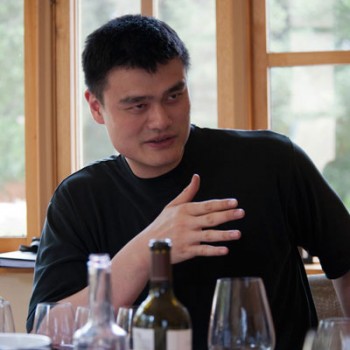 Robert Parker reviewed Yao Family Wines for the first time in the October edition of The Wine Advocate and gave the wine high praise saying it was, “impressive to see what the big man is doing in the wine game”.

“Full-bodied and impeccably made with beautiful texture, length and richness, it can be drunk now, but will stand the test of time for 15 or more years.

Parker added: “I am aware of all the arguments that major celebrities lending their names to wines is generally a formula for mediocrity, but that is not the case with Yao Ming. These are high-class wines. The two Cabernets are actually brilliant, and the Reserve bottling ranks alongside just about anything made in Napa.”