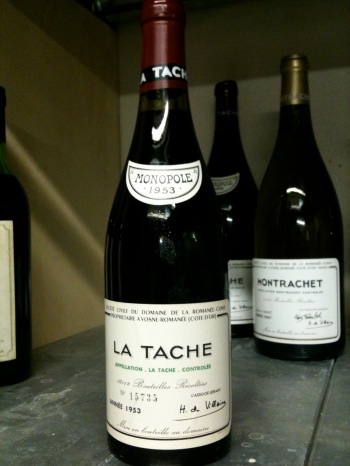 The index, which tracks the progress of the 100 most sought-after fine wines, declined 1% last month, down to 265.18 points, while the Liv-ex 50 (tracking the last 10 vintages of the first growths) also declined 1.5%.

Elsewhere in the best performers, as Liv-ex explained on its blog, buyers were clearly seeking “quality and value” as well as “affordable high-scoring Bordeaux 09s”.

As was pointed out by Liv-ex and the drinks business last month, the Bordeaux 2009s are finding more of a level in the market place with expensive releases generally continuing to fall in price while those that released more cheaply (Montrose among them) have seen steady gains.

Cos d’Estournel will be benefiting from its score and the fact it is now trading below its release price.

With the Right Bank still so dominant it is no surprise to see VCC and Ausone on the list, Ausone in particular at £9,507 is still cheaper (just) than Latour 2009 which, incidentally, was one of the worst performers slipping 5% from £10,100 to £9,600.

Yquem 2007 was also present, seeing a 5.8% loss over the month and confirming the view that all Yquem’s post 2005 are perennial underachievers by virtue of the fact they are overpriced.

There was, however, no sign of Haut-Brion in the top performers – it has recently been tipped as the best first growth in terms of value but perhaps buyers have not cottoned on just yet.

For more information on the Fine Wine 100 and analysis of the fine wine world, see the winter issue of db Hong Kong which is out at the HKTDC Fair this month.