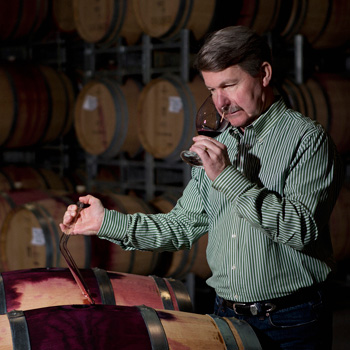 This is the third time that Wolf Blass has won this award, the first being 1992 followed by 2002.

Having joined Wolf Blass in 1987 Hatcher is a well-known figure in the global, as well as the Australian wine industry.

Hatcher said the win caps off an exceptional year for Wolf Blass on the global stage.

He said: “Winning International Winemaker of the Year at one of the world’s most respected and prestigious wine competitions is incredibly special.

“This is a great reward and recognition of the dedication and hard work our winemaking and viticultural teams put into making exceptional quality wines and I am extremely proud of them.”

Held at London’s Guildhall, last night’s event attracted key figures from across the drinks industry to mark the culmination of the IWSC’s year with the announcement of the Competition’s top awards.

The Outstanding Achievement in Scotch Whisky Award went to Steven Sturgeon, who has worked and continues to work for some of the most important companies in the business and is known for his passion and enthusiasm for Scotch as well as his “infectious” positive energy.

Meanwhile Xavier Rousset MS was awarded the Outstanding Achievement in the Wine Industry Award. Rousset, who became the youngest MS in the world at the time when he passed the exam in 2002, now co-owns the Michelin-starred restaurant Texture in London and the 28-50 Wine Workshop and Kitchen.

Whisky Specialist David Broom also collected his Communicator of the Year Award, which recognises an exceptional contribution to increasing awareness of wine and spirits.

Broom said: “It’s a great honour for me to receive this fantastic award. It’s very humbling, because all I do is ask people in the world of spirits the question: ‘Why?’”

“They give me the answers and I just pass on that information to as many folk as possible. The award is as much to the wonderful distillers and blenders within the spirits industry for giving me their time and sharing their expertise. So I’m accepting the award on their behalf and that of all the great bartenders around the world.”

For full details and profiles of this year’s IWSC winners, look out for the drinks business IWSC Report 2013, which is due out with the December issue. The results are also available to view at www.iwsc.net.