Gin is moving upmarket, capturing the imagination of the US while premiumisation and promotion spark the UK revival, writes Spiros Malandrakis 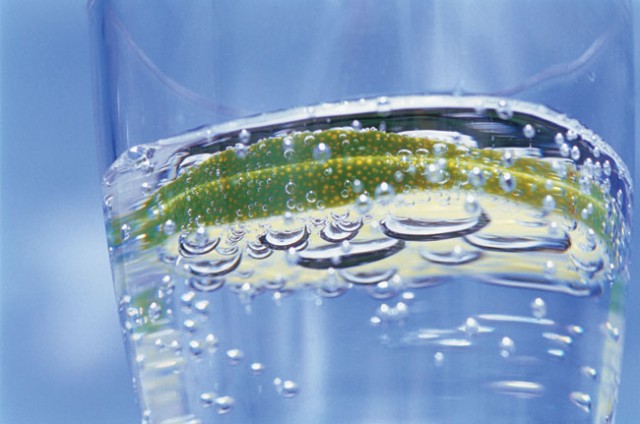 GIN IS back. It’s been a long and winding road to redemption, iconoclastic evolution and eventual resurrection. It is a story involving myths of ruined mothers, a measure of turpentine, dimly lit alleyways and tin bathtubs, depression inducing phantom attributes and well, Hogarth’s iconic take on a certain hellish lane, kindly commissioned by none other than the brewing industry.

But today’s is a different kind of gin and a more uplifting story. It involves hipster ambassadors, adventurous mixologists, a dollop of English eccentricity and American irreverence, a cornucopia of garnishes and a new generation of mixers. It is, in short, the story of how gin went decidedly upmarket and the future of a category that seems to be in a position to finally realise its full potential.

On the face of it, it hardly looks as impressive as Hogarth’s imaginative illustrations. According to Euromonitor International’s latest research, global English gin volumes saw growth of 0.4% in 2012, finally crossing into positive territory after years of stagnation and maturity induced setbacks. While Asia Pacific remains largely unconvinced by the tipple, Western Europe retained its newfound healthy trajectory as the US eventually appeared to get to grips with the depth, variety and mixing potential of this most misunderstood of spirits categories. Latin America is also gradually surfacing as a key market although the trend is still in its infancy in the region.

Sophisticated premiumisation and promotional cues harking back to Victoriana spearheaded the category’s resurrection in its native bastion while American producers moved juniper to the back seat to adopt a more experimental and irreverent take on innovation.

It had been years in the making. Botanicals gradually came to the fore. Recipes became increasingly bold while positioning and advertising campaigns acquired decidedly more premium and quirky undertones. Nevertheless, top line volume growth for the overall gin category up to 2012 proved to be flatter than half a forgotten G&T discovered behind the couch the morning after the night before.

However, in the midst of such an underwhelming performance the seeds of gin’s return were already sown. Premium, luxury and craft propositions were slowly gaining traction. And spearheading all this, seemingly ignoring recessionary pressures and motoring on across a widening range of markets were products like Hendricks’s. 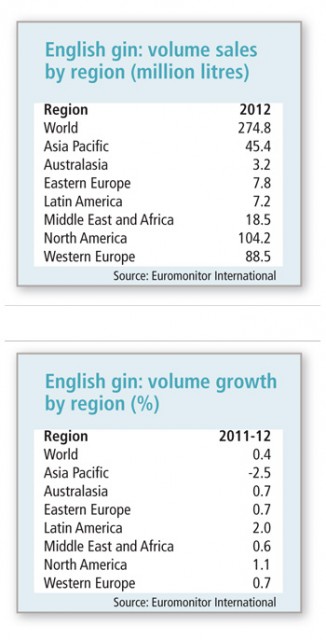 Hendrick’s continued witnessing explosive sales in 2012 registering 24% total volume growth on a global level but that is not the most intriguing feat of the brand that almost singlehandedly radicalised gin in the same way that Patrón shifted Tequila’s focus away from university dorms into luxury members’ clubs. Hendrick’s most impressive accomplishment was in fact its almost shocking resilience even within otherwise terminally stagnant markets facing severe macroeconomic headwinds, like in the case of Spain.

The adoption of the now iconic apothecary bottle, its groundbreaking use of a cucumber-forward botanical mix and the theatrical and gleefully absurd nature of its promotional campaigns were essentially an invitation to break away from category taboos and preconceptions and playfully reinvent it. Both consumers and producers were happy to oblige.

And thus, the floodgates were opened for a new wave of gins to come forward. Edinburgh Gin’s art deco bottle would soon be accompanied by the brand shifting the focus on fresh extensions turning the botanical limelight towards elderflower and raspberry. Calabrese’s Hoxton Gin broke away from conventions by bringing coconut to the mix. Beefeater’s Burrough’s Reserve went a step further, provocatively experimenting with maturation in oak barrels and flirting with what has traditionally been dark spirits territory.

Even Gordon’s, seemingly out of touch and resting on Diageo’s distribution laurels for far too long was forced to jump on the innovation bandwagon adopting Hendrick’s signature cucumber-forward taste profile for its new extension. It’s not a bad idea per se. Unfortunately though, cucumber only plays a minor if important role in Hendrick’s success and, most importantly, it’s meant to be the result of subtle infusion rather than vodka- inspired, crude flavouring additives.

A unique, surreal and edgy brand narrative will continue being the real protagonist. Story is still king and gin boasts one of the most interesting in the spirits world. Micro-distilleries popping up across the UK will inevitably become its new evangelists. The New Gin Craze is finally here.

This month’s the drinks business magazine contains a feature report on gin and white spirits.