The Hong Kong Trade Development Council is predicting that the total wine sales in Hong Kong will rise by 11% a year from 2013 to 2017. 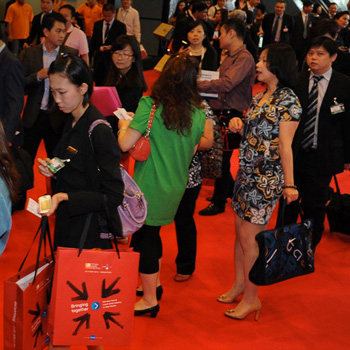 Since the scrapping of duties on wine and beer in 2008, Hong Kong’s wine-related business has experienced robust growth, as total wine imports into Hong Kong increased by 182%, reaching a value of $1billion in 2012. The total export value increased to $230 million in 2012.

Hong Kong has further developed into a wine trading and distribution centre for the region, particularly the Chinese mainland, according to Qiliang Zhou, deputy director of HKTDC.

Zhou believes that the market potential in Hong Kong is still huge. “Hong Kong has become an unrivalled gateway to China and other countries, attracting industry players from around the world to launch or expand their business industry in Asia,” he said.

In addition, the sixth Hong Kong International Wine & Spirits Fair held by HKTDC will open next month with more than 1,000 exhibitors from nearly 40 countries and regions expected to take part. The three-day event, 7-9 November, at the Hong Kong Convention and Exhibition Centre, will include first-time exhibitors from Jordan, Lithuania, Montenegro and Morocco.