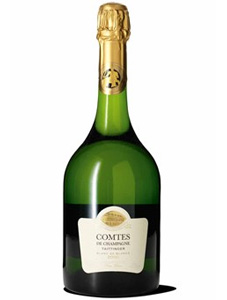 Merchants have reported that the 2005 vintage has been snapped up by buyers with some enthusiasm – even though the 2005 stands outside the normal pantheon of “great” recent Champagne vintages of which 2002, 2004 and 2006 are normally included.

He said: “We’re very pleased. We weren’t quite sure what demand would be like but it’s sold well.”

He added that there was a “general trend” in the market at the moment for top cuvées.

“2002 really kick started interest and opened people’s eyes to the quality (of grand cuvées),” he said.

“With Comtes too and in part thanks to its style, people are following it.”

With six bottles costing around £410 on average, Comtes has always been one of the most affordable of the grand cuvées.

“It’s always been a bit of an insider’s tip and a pretty shrewd buy,” Will Hargrove, associate director at Corney & Barrow, told db.

For Gareth Birchley, buyer at Bordeaux Index which has completely sold out its allocation, the success of the release is yet further proof of the value in the top Champagne brands.

“Top cuvées provide so much value compared to Bordeaux and Burgundy at the top end and Comte is still one of the best value top cuvées in the market,” he told db.

“They provide so much value – perhaps not at the bottom end. You wouldn’t compare non-vintage Champagne against a qualitative peer from Australia.

“But the very best wines that Champagne has to offer are still a fraction of the price of their counterparts in Burgundy and Bordeaux.”