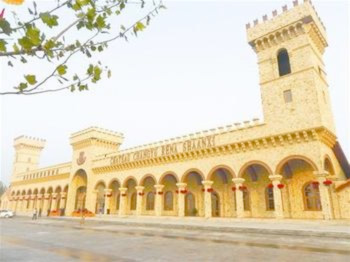 The 600 million yuan (£61.3million) Château Changyu Reina covers a total area of 73.3 hectares in Weicheng district of Xianyang, Shaanxi province. It is expected to produce 3,000 tons of premium wine a year.

The château is built in an Italian-style castle and incorporates grape cultivation, winemaking and sightseeing. It is by far the largest château in Asia, and has the capacity for up to 150,000 oak barrels.

Unlike other châteaux built by the company, which mainly target the upper-end wine market, the wine from the new château is designed for the increasing middle-class customers in China, according to Zhou Hongjiang, general manager of Changyu.