Christie’s next Geneva sale will feature a collection of 19th century Port and Madeira as well as an extremely rare decanter of Royal Salute whisky and 1929 Haut-Brion. 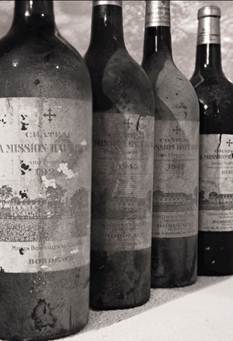 Taking place over two days from 12-13 November, the sale will begin with the “magnificent” collection of a Swiss consignor, full of rare, large format claret.

The second part features, “one of the finest collections of Port and Madeira ever to come to auction.”

The collection also features Madeira from the 1792, 1805 and 1820 vintages – dates covering the French Revolution, Battles of Austerlitz and Trafalgar and discovery of Antarctica respectively.

Finally, a rare bottle of 45-year-old Scotch whisky, a decanter of Royal Salute “Tribute of Honour” is to be offered in the first session.

It is one of only 21 porcelain decanters created by French porcelain makers using volcanic soil from New Zealand, dressed with 413 black and white diamonds and surmounted on a sterling silver plinth bearing a replica of the Sword of State flanked by two lions engraved in gold (SFr 200,000-300,000)

Michael Ganne, head of the Geneva Fine Wines Sale, commented: “We are incredibly proud of the quality and diversity of wines and spirits that are on offer this November. Whisky will play an important role this season and Christie’s is delighted to present a superb bejewelled flacon of Tribute of Honour as only 21 decanters of this spirit have ever been created. It is also an immense honour to bring to auction a rare and unique Port – a bottle of Macedo Porto, Garrafeira 1808. As provenance remains one of the key elements in our sale, we are pleased to offer an incredible Swiss collection featuring vintage Bordeaux wines. This is a unique chance to buy wines with such perfect provenance and condition.”