USA on way to become no.1 for NZ wine 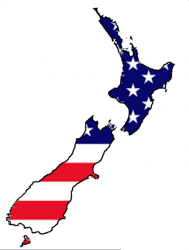 In an interview with the drinks business yesterday, Gregan stated that the US would surpass Australia as the number one market for New Zealand wine, driven by America’s taste for Marlborough Sauvignon Blanc.

“Historically our two big markets are Australia and the UK, but we can see the day when North America becomes our number one market.”

When asked how long he thought it would take for the US to become New Zealand’s largest source of sales, he said that America would take top spot within 2 years.

He explained that New Zealand is exporting almost NZ$300 million worth of wine to the US at the moment but he expects that figure to rise “quickly” to $400m – making the US bigger than Australia, which has stabilised at a little over $370m in terms of NZ wine sales.

Gregan also said that Canada was currently importing $70m worth of NZ wine and he projected that to rise to $100m within the next two years.

As a result, he said, “So we think North America will be worth $500m in a couple of years, which is very exciting.”

Nevertheless, he admitted that building a following in the US wine market “has taken time and a lot of shoe leather”.

Meanwhile, during a Loire Valley Sauvignon Blanc masterclass in London yesterday afternoon, Dr Jamie Goode said that he believed there was a “commercial opportunity” for Touraine Sauvignon in the UK due to the rising average price of Marlborough Sauvignon.

“New Zealand is looking to exploit more profitable markets [such as the US] and that means that now is a brilliant moment for Touraine because some of the Sauvignons from the region are on the shelves at £8, and they are fantastic… the sweet spot for Touraine is £6-10, and that’s a price band New Zealand is rapidly heading out of,” he said.