The craft beer trend has been wholeheartedly embraced by Hong Kong, where pubs bars and restaurants have improved the variety and quality of craft beers on offer, writes Eliot Ip. 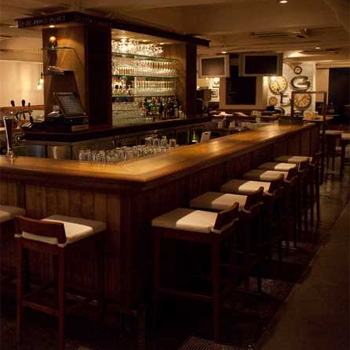 As reported in the recent issue of the drinks business Hong Kong, in the last five years or so the city has gone from being held exclusively in the thrall of the world’s major brewing brands, to a burgeoning, if yet small, craft beer industry.

Hong Kong’s high rents and small spaces make craft brewing difficult, even from a homebrew perspective, but industry watchers are confident that the growing popularity of craft beers in Hong Kong may go some way to stifling objections about its viability.

As part of this growing trend a number of craft beer bars have opened in Hong Kong, click through the following pages for 10 of the best.

Despite its offbeat Yuen Long location and dingy décor, Biere von Irene is a gem of a find for true beer aficionados.

Aside from the usual mainstream labels, this bar serves a healthy dose of American and European microbrews, including those from Oregon’s Rogue Brewery, available in bottle form as well as on tap. 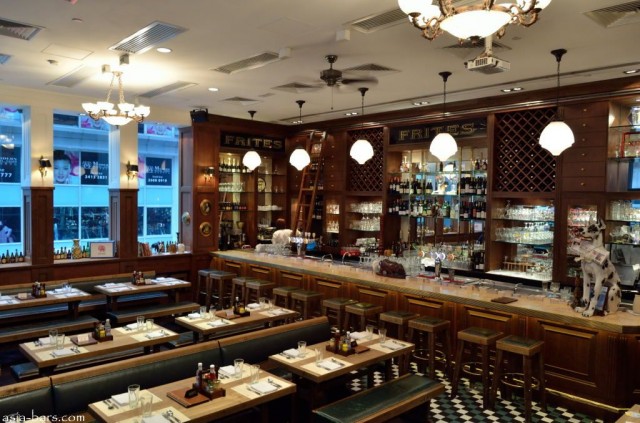 Complementing its selection of hearty mussel pots (including a boozed-spiked one) and signature fries, Frites offers a bible-thick menu of Eurocentric beers by the bottle and on tap.

You’ll find the usual suspects, including Stella Artois and Hoegaarden, but the real showstoppers are the small-batch finds from Belgium.

Try the Satan Gold – a spicy, bitter brew that’s balanced with a touch of summer fruit. Another fantastic find is the Delirium Tremens, praised for its crisp, yeast-driven profile.

The menu at each venue is slightly different; this Lan Kwai Fong outpost, for example, carries more than 90 different beers, including their HK-brewed house beer, as well as Fuller’s Organic Honey Dew and Seafarers ales on tap.

For bottled brews, the bar stocks micro-imports from all around the world, from San Francisco’s Anchor Steam pale ale, to SheepShaggers Gold from Scotland’s Cairngorm Brewery Company. 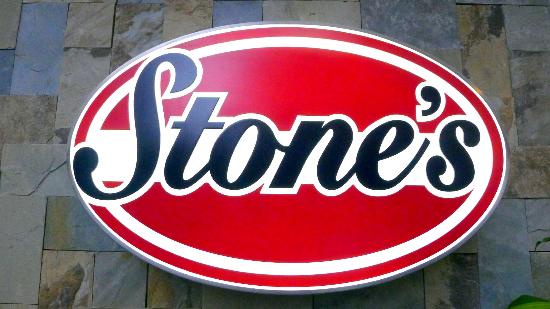 This restaurant and bar celebrates the American Dream with its brilliant burgers and similarly outstanding craft beer selection.

The drinks list rotates on a regular basis, but you’re always bound to find something from Oregon’s Rogue Brewery and California’s North Coast Brewing Company. 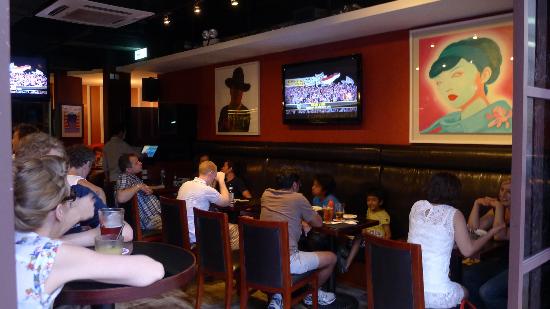 Available on draught, this bitter but balanced brew boasts dark notes of nut and caramel.

On the other end of the spectrum is North Coast’s Scrimshaw Pilsner, a lighter drink bursting with refreshing notes of citrus zest.

Located at the Central Pier, this tiny stall is a popular pre-boarding pit-stop for those waiting for their ferry ride to the outlying outlands.

Beers here are noticeably cheaper than most other bars in the city and despite its diminutive size, The Beer Bay stocks a decent selection, with half-a-dozen draught options starring alongside many more types of bottled ales. 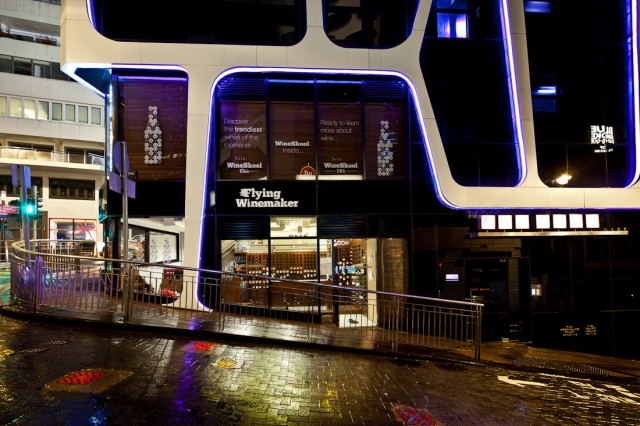 Despite its name and reputation as one of the finest wine retailers in the city, The Flying Winemaker also doubles as a bar that offers reds, whites and a small but selective list of craft beers.

Most of the bottles come from Australia and New Zealand, including the crisp and bright Blond Lager from Mangatainoka’s Tui Brewery. 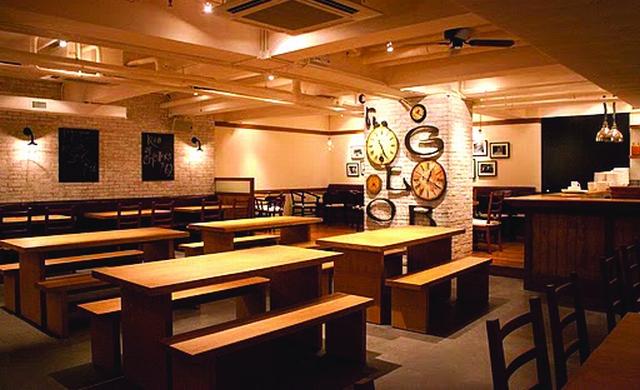 There are several reasons why The Globe continually tops the list as the city’s best gastropub.

The SoHo spot boasts a raucous atmosphere, greasy pub grub and an impressive drinks list that covers all the bases.

The beer selection is where The Globe really shines; the bar stocks more than 100 options, many of which come from the world’s top microbreweries.

Those who like darker or maltier options, however, can try the incredibly layered De Molen Hel & Verdoemenis from Holland. 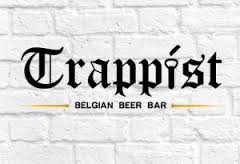 This bar may be a little out of the way for most, but those who make the pilgrimage will be rewarded with a selection of finely crafted tipples.

The bar specialises in Belgian beers and, as the name suggests, the biggest draws are those brewed by Trappist monasteries under the strict guidelines put forth by the International Trappist Association.

Many of these Trappists have been brewing for more than 100 years, including Chimay, which was established in 1862.

The brewery makes the famed Chimay Grande Réserve – a complex and peppery drink, available at this bar.

Hop heads will also be delighted to know that The Trappist offers the ultra-rare Westvleteren beers. Due to limited quantities, however, this beer is only available with advanced notice to serious aficionados. 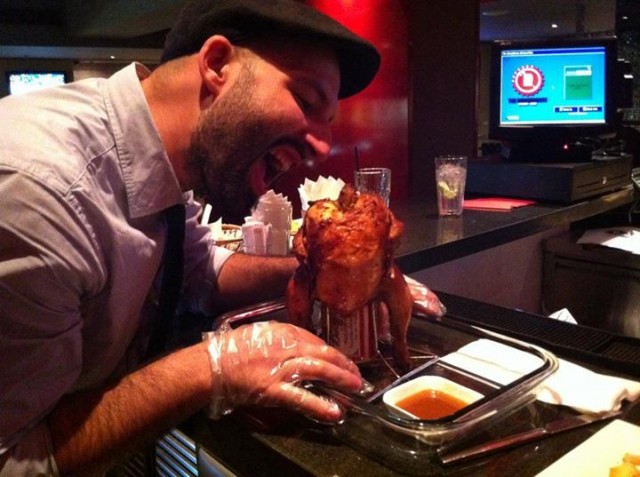 The Roundhouse became a big hit with Kowloon-side beer geeks when it opened its doors a little over a year ago.

Back then, it marketed itself as a restaurant and bar pushing sports bar comfort food and a 70-plus international suds selection that was proudly displayed on an iPad menu.

The establishment upped the ante recently by moving across the harbour where it’ll rebrand itself as a “taproom”.

Due to open at the end of September, the new Roundhouse is the first of its kind in Hong Kong and guests can look forward to more than 20 different craft beers on tap, on top of an extensive bottled selection. 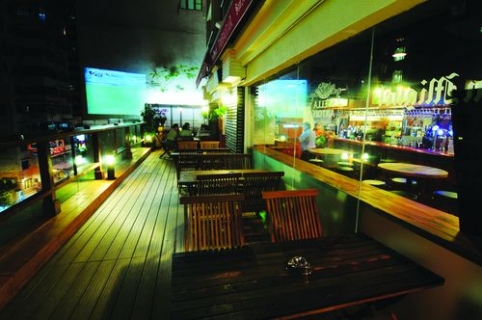 Trafalgar’s fifth-floor location and roomy balcony make it one of the most popular watering holes along Lockhart Road.

Of course, the drinks list doesn’t hurt. The bar champions beer towers designed to share between the whole table but connoisseurs can also browse through the 70-deep list of English ales and other imported bottles.