Laithwaites strengthens ‘the best buying team in the world’ 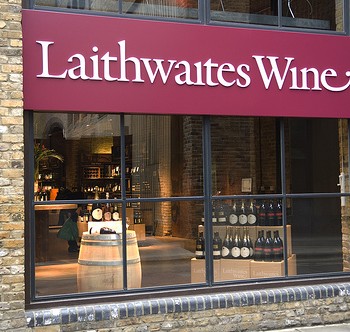 Langton also brings extra winemaking experience to the 10-strong Laithwaites team, having worked for a number of wineries around the world including California’s Patz & Hall, where he specialised in top end Chardonnay and Pinot Noir.

“It means we’ll have three winemakers in the team – that fills me with confidence,” Laithwaites wine director Abi Hirshfeld told the drinks business.

Meanwhile Davy Zyw will join the company in the second week of October as buyer for Italy and Alsace. Currently at Tesco, Zyw has been buying all the Italian wine for this supermarket giant, as well as bag-in-box and lower alcohol styles.

In addition to these new arrivals, Mark Hoddy, Laithwaites’ resident winemaker at Le Chai au Quai winery in Bordeaux will start to take on a wider role for the business, adding the Loire to his buying remit in a move which reflects the region’s growing popularity among customers.

“I genuinely think we will have the best buying team in the world,” claimed Hirshfeld. “My team speak languages, taste better, blend better and have great relationships around the world.”

In particular, Hirshfeld stressed an approach which makes the company and its buying role stand out from many other wine businesses. “Tony’s vision is that we source direct,” she said of Direct Wine founder Tony Laithwaite. “Why would we need agents? That would just build in costs.”

Although primarily UK based, the Laithwaites buying team works across the entire Direct Wine business, which has a turnover of over £350 million and subsidiaries in the US and Australia. “It’s an extraordinary job,” summed up Hirshfeld. “We buy wine in huge quantities but also five case parcels.”

This flexibility is further boosted by the company’s primarily online and mail order business model. “Buyers here have more freedom; they’re not stuck to shelf space,” remarked Hirshfeld, as she summed up: “I want it to be the best, most fun, rewarding buying job in the world.”

Hirshfeld also emphasised the value of employing one buyer working from the US and another in Australia. “Having people based in these markets really makes a difference,” Hirshfeld told db. “Like with Australia: people just don’t see those wines over here and buying from the UK you just couldn’t give it the same attention.”