Argentina should promote its Chardonnay

Argentina is too dependent on one grape and one market for its current sales success according to Ricardo Rebelo, CEO of Finca Flichman. 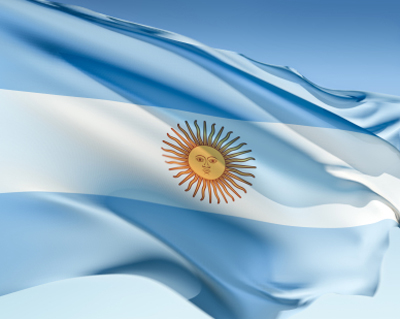 “We are too dependent on Malbec and too dependent on the USA for exports,” said Rebelo, in an interview with the drinks business during The Beautiful South tasting in London last week, describing the success of Malbec in the US as an opportunity, but also a “threat”.

“We believe that Cabernet Sauvignon from high altitudes gives wines that can compete worldwide,” he said.

He then added that Chardonnay from elevated vineyards in Argentina could, similarly, compete with examples from elsewhere in the world.

To illustrate his belief in the quality of high altitude Argentine Chardonnay, Rebelo has launched Finca Flichman’s first top-end wine from the French white grape (pictured).

From the 2012 vintage, the new flagship white comes from high altitude vineyards in Tupungato, in Mendoza’s Uco Valley, using grapes from Chardonnay vines planted in 1996.

The Chardonnay is fermented and aged in French oak barriques, half of which are new, and the other hand second use, and just 2,000 bottles have been made.

Notably, the wine is bottled with no added sulphur dioxide, meaning the finished wine has a total SO2 content of 20 g/l, significantly below the maximum of 210 g/l for dry whites sold in the EU.

Rebelo said that his benchmark Chardonnay was Argentina’s Catena Alta Chardonnay, and the new Flichman white will retail for £19, a similar price to Catena’s top Chardonnay.

Speaking of the style of the Flichman Chardonnay, Rebelo commented, “People say our Chardonnay is between Chablis and the Catena style… but it’s our first release, and we will fine tune.”

Rebelo also said it was important that Argentine wine producers invest more in producing top-end whites, as the country is too focused on red wine production.

When asked about the potential for whites from grapes other than Chardonnay, Rebelo said that he didn’t see a bright future for premium wines from Argentina using Sauvignon Blanc or the native Torrontes.

“People keep talking about Torrontes but we don’t see the sales results, and while it delivers a lot on the nose aromatically, on the mouth, it can be too dry,” he said.

As for Sauvignon, he recorded strong competition from neighbouring Chile, as well as the lack of momentum behind the grape in Argentina.

“It’s difficult to find a Sauvignon in Chile that isn’t good, while in Argentina, you might find just 10 Sauvignons that are good, which is not enough to make an industry.”

Continuing he said, “We believe more in Chardonnay because you can find 40-50 that are good enough to export worldwide, and with Chardonnay we can have wines with oak, without oak, and a mix, so we can build up Chardonnay vertically, but for other grapes this is impossible.”