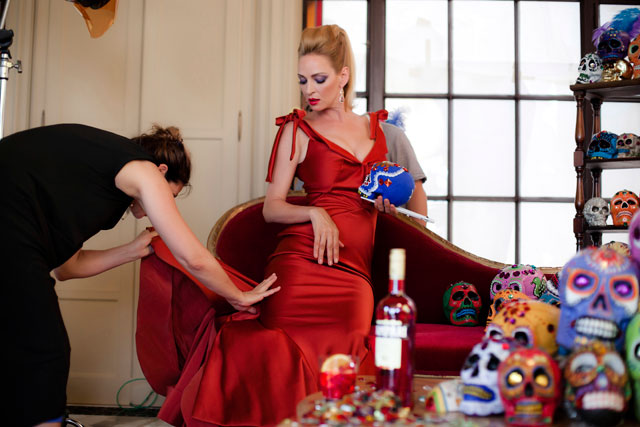 Hollywood actress Uma Thurman takes a moment to get her red dress right during the shoot for the 2014 Campari calendar. 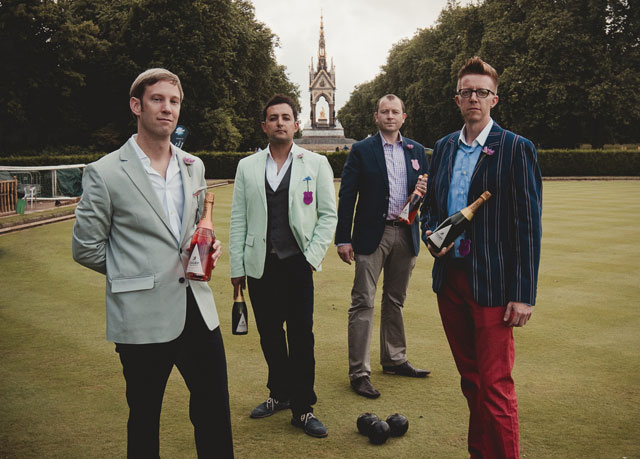 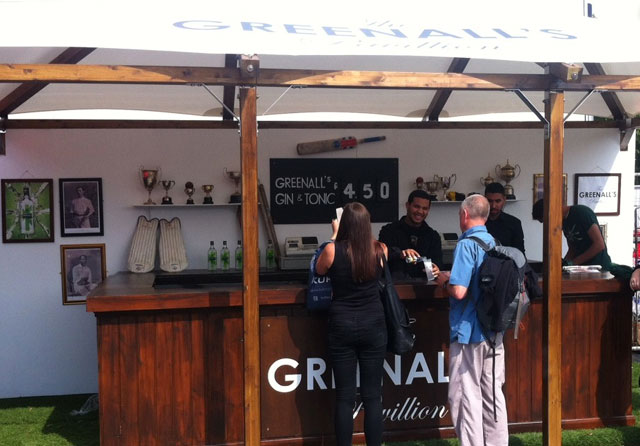 This week Greenall’s Gin confirmed its position as the official gin sponsor for Lancashire Cricket Club and this bar featured in the Ashes Village at Old Trafford where the third Test between England and Australia is currently taking place. 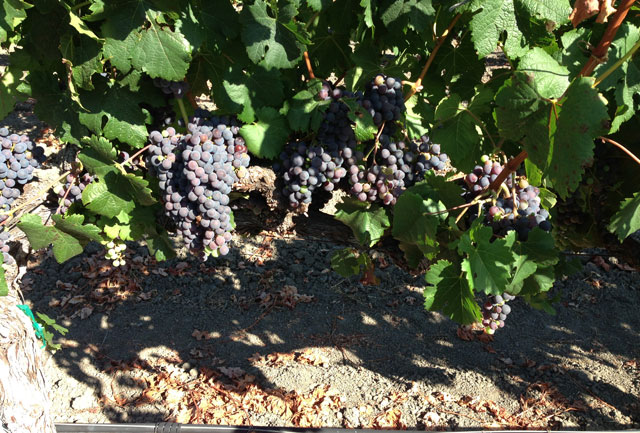 Merlot grapes ready for picking in the Stanton Vineyard, which is in the Oakville appellation of the Napa Valley. The sparkling wine harvest in Napa has started this week. 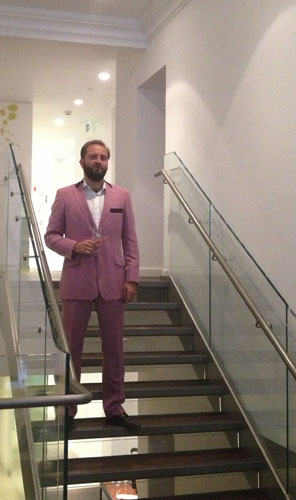 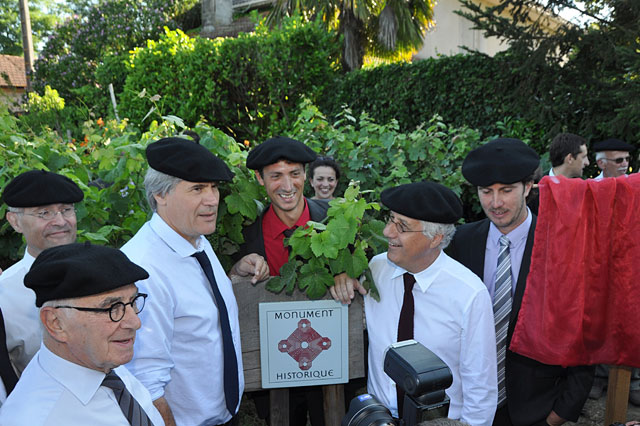 Government ministers, producers and the president of the Saint Mont appellation gather at the phylloxera defying vineyard of Sarragachies (AOP Saint Mont), which was officially inaugurated this week. 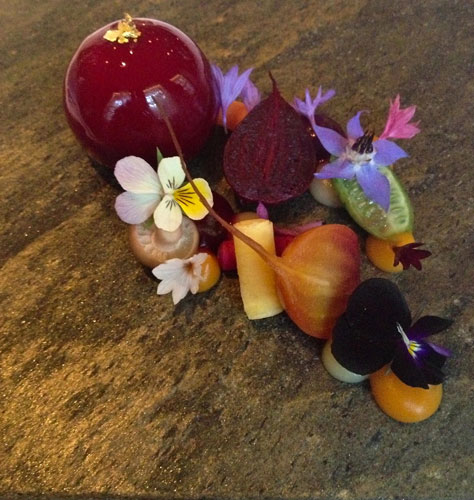 One of the many beautiful dishes db was lucky enough to try this week at Chelsea newcomer The Five Fields: foie gras, shemiji mushrooms and rainbow carrots, which was paired with a honeyed Loire Chenin Blanc from Domaine de la Taille aux Loups 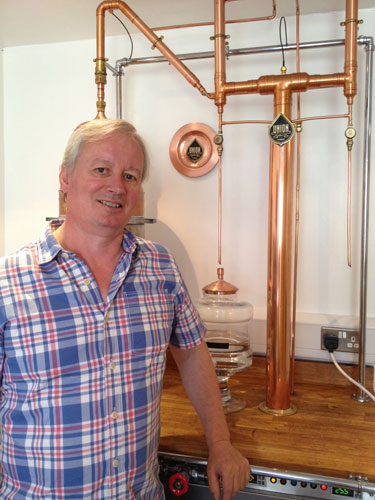 Mark Gamble, creator of the recently launched Two Birds gin, took time out of his weekend to show db’s Lucy Shaw around his tiny distillery at his house in Market Harborough, Leicestershire. The gin is made with five botanicals: juniper, coriander, citrus, orris root and a secret fifth botanical, which, according to Gamble, gives Two Birds its distinctive flavour. 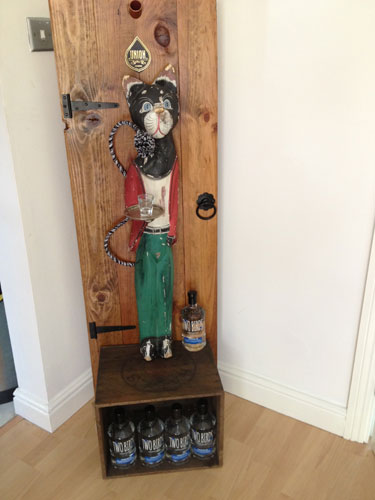 During the tour, Gamble revealed an alternative, Victorian era-inspired serving suggestion for Two Birds. When gin went underground in Victorian times, landlords would mount wooden plaques shaped like a cat (Old Tom) on the outside walls of their pubs. If a passer-by placed a penny in the cat’s mouth, a shot of gin would be dispensed from a small tube between the cat’s paws poured by the bartender inside the pub. 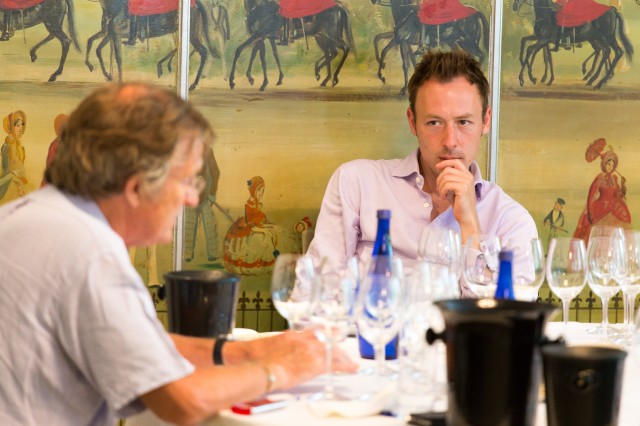 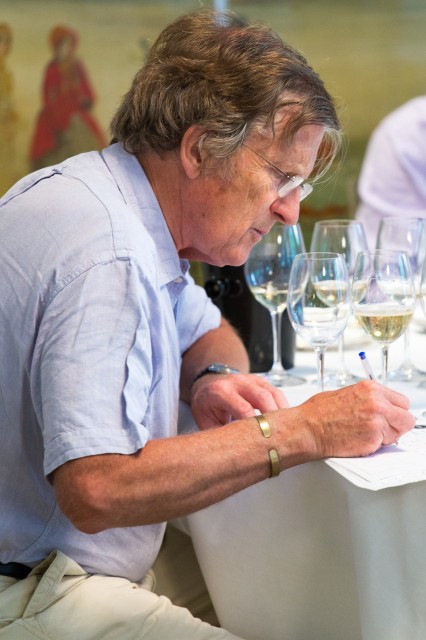 Anthony Foster MW, who is currently executive director for Algodon Wine Estates, scores a flight of non-vintage Champagnes at the start of the day’s tasting. 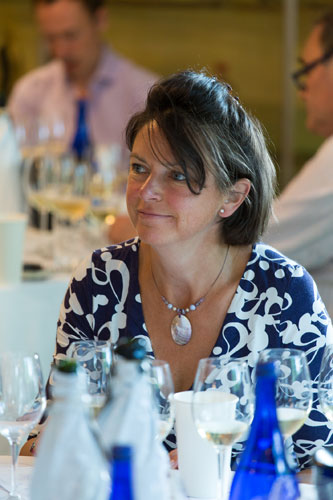 Private Cellar’s buying director Nicola Arcedeckne-Butler MW also judged in the Champagne Masters this year, and, like Anthony, along with Michael Edwards, has been one of the judges since the competition’s inception in 2011. 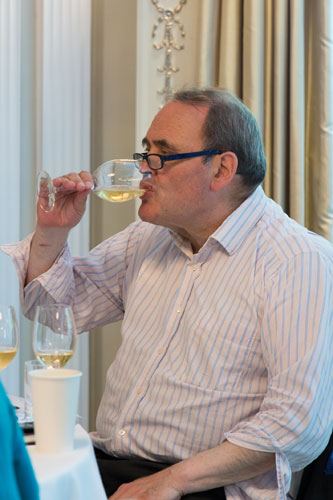