The wine world offers a rich tapestry of styles and personalities to excite the most jaded gastronome. However, as a random sample of tasting notes or back labels will show, the vocabulary used to describe this remarkable spectrum can be remarkably ineffectual and at times downright irritating. 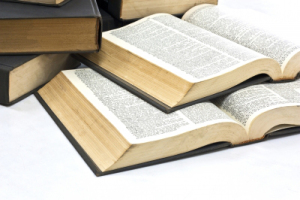 This isn’t an attempt to tackle the ever-growing fruit salad of tasting note ingredients. Instead, the drinks business has picked out a number of common words – many of them perfectly valid terms in their own right – whose meaning is undermined by misuse or simply overuse within the wine trade.

Read on for our selection of the top 10 annoying wine terms and let us know if we’ve missed any – or if you disagree. 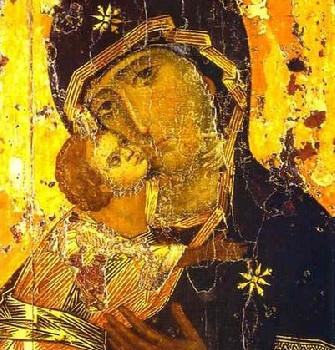 Let’s put aside the pedantic (even by the standards of this article) argument that this term should be reserved solely for early Christian art and computer navigation tools.

Nevertheless, icon and its adjectival form iconic, are terms that have been hijacked and subsequently devalued by their excessive, inappropriate application to a wide variety of less than remarkable objects.

The wine world is far from being the only guilty party in this respect, but there is still time to preserve the word icon for the very select club of wines which really merit this description. We’re talking the likes of Penfolds Grange, Domaine de la Romanée Conti or Quinta do Noval Nacional: wines which are not only famed for their consistently excellent quality, but for the historic imprint they leave on their nation.

What’s more, the word icon is not a term winemakers or brand managers should impose on their own product as nothing more than a snappy synonym for “flagship” or “top of the range”. Surely true icon status can only be attributed by external parties – and even then, certainly not in a wine’s maiden vintage?

While the abuse of this word is not restricted to a single country, South America stands out as a particularly enthusiastic offender. 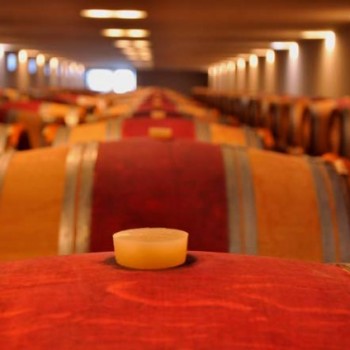 The delightful lack of definition surrounding this term in most parts of the world means that it often seems to guarantee nothing more tangible than an extra few pounds on the price tag.

Certain corners of the Old World – with the notable exception of France – demonstrate a marginally more rigid approach to this term. In Rioja, the term Reserva is only permitted for red wines which have been matured for at least three years, including a minimum of one year in oak barrels; meanwhile the region’s white reservas must spend at least two years maturing, including a minimum of six months in oak.

Likewise Italian regions such as Barolo, Barbaresco, Chianti Classico and Brunello di Montalcino all have their own rules on the qualifications needed for the term Riserva, although some consorzi are more demanding than others.

One country that comes closest to ensuring the term represents a meaningful step up in quality is Austria. Here the DAC system permits rather than enforces barrel ageing, but does require Reserve wines not only to fulfil minimum alcohol levels, but also defined stylistic requirements and even to pass a quality test by a tasting board.

As for the New World, it’s the Wild West out there in terms of legislation. Some winemakers don’t even use it as a quality distinction from their entry level, preferring to start with the Reserve tag and then devise even grander descriptions as they progress up the hierarchy.

In short, the word Reserve is either governed by inconsistent and complex regulations or has been reduced to little more than a marketing tool. It’s difficult to see how either situation helps consumers to spend their money more wisely. 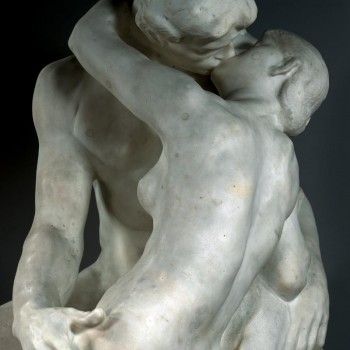 Passion is a wonderful sensation, whether derived from your career, your hobby or your relationships. The problem is, telling us you are passionate is, frankly, a bit of a passion killer.

For the wine trade in particular, passion tends – fortunately – to inspire a more powerful motivation than does financial reward. It’s reassuring to be told how many winemakers on this planet are passionate about their work, even if this does not always shine through very obviously in their end product. Indeed, that brings this entry to its logical conclusion: don’t tell us you’re passionate: show us.

Let your wines and the way you talk about them convey your feelings in a way that will have far more impact on the people you are seeking to convert. Perhaps stop just short of a Tom Cruise-style outburst, although that will at least entertain your audience. 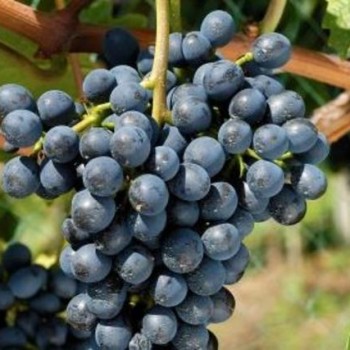 This is an adjective not a noun. Sauvignon Blanc is a grape variety; its varietal characteristics range from grassy to passion fruit aromas.

As JM Barrie nearly said, every time this word is used incorrectly, a fairy dies. 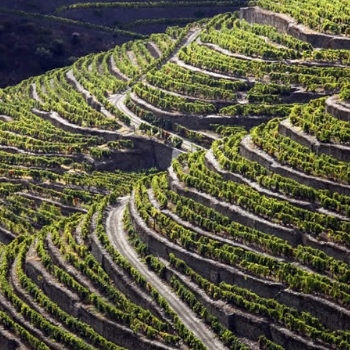 If all the world’s greatest wines are truly a unique expression of place, then terroir must by definition play a crucial role in their creation. The problem comes when this word is bandied about as a general assurance of quality for wines which taste as though they could have been made anywhere on the planet.

No one in their right mind would expect to be able to distinguish a £5.99 Pinot Grigio from Italy from one produced in Hungary or California. At that level, buyers are interested in a generic style and price; they don’t care where the grapes come from.

Where the line really gets blurred though is in the delicate balance of human intervention. Is a winemaker using barrels to help express their terroir or does that oaky influence completely mask it? Tens of thousands of words have been contributed to the terroir debate and this is not the place for a definitive answer. All we ask is for slightly more conscientious use of a term that deserves greater respect. 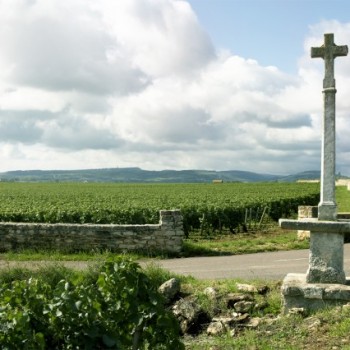 Is it? Really? What precisely do you mean by that? We hope it’s not just an alert that you’re charging grand cru prices.

And, when so many other parts of the world today are making superb Chardonnay and Pinot Noir in their own right, it’s curious that you feel the need to cling to this unlikely descriptor. Unless of course you’re making wine in Burgundy, in which case feel free to skip this entry and carry on stating the obvious.

The environmental factors behind a Sonoma Pinot Noir could hardly be more different from those in Nuits-Saint-Georges, so if it tastes the same then let’s hope you’re getting a bulk discount on that tartaric acid.

To be fair, this tag can be rather more meaningful for Chardonnay, a grape which offers a less stark reflection of terroir and is somewhat more stylistically malleable. Even so, Burgundy is a pretty broad church so it might be more helpful to tell us whether you’re talking Chablis, Macon or Corton Charlemagne.

On the other hand, if you’re one of those producers in Yarra Valley producing fabulous Chardonnay, there’s no need to give those Burgundians a PR cut from your labours. 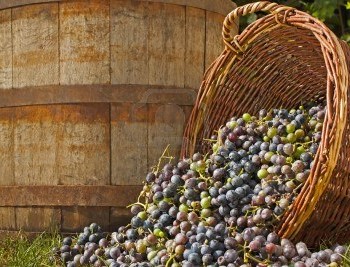 No, wait, don’t tell us. Is it hand-crafted too? Thought so. It’s not that we reject the ethos of your artisanal approach, but just like that downtown “boutique” dress shop – probably next to the restaurant calling itself “bistro” while charging £20 for a main course – the word sparks an irritating sense that we’re about to pay a premium for that feel-good factor with no certainty of a higher quality result.

How big is boutique anyway? 2,000 cases? 20,000 cases? And does it matter that you’re bankrolled by a multinational drinks group looking to tap into that “craft” image? There’s nothing wrong with being boutique, but perhaps look at who else is using that rather faux-naïf description before deciding whether you want to join their club. 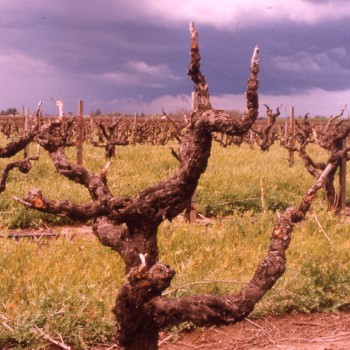 It may paint a wonderfully romantic picture, but one estate’s old vines could still be relegated to second wine production elsewhere.

With no legal definition in place, perhaps it’s best to take a dose of perspective from Barossa Shiraz or California Zinfandel, where it’s still possible to find vines planted in the 19th century being used in commercial production.

In fact, Barossa has taken one of the most significant steps towards a definition of “old vine” with the introduction of its Barossa Old Vine Charter in 2009. This permits vines to be registered if they are 35 years or older, although three further separate tiers exist right up to the 125-years-plus Barossa Ancestor Vine.

According to the Guinness Book of Records, the oldest vine still producing grapes is the Žametovka vine – a local red variety – in Maribor, Slovenia, which appears in records dating back to the 17th century. Each year 35-55kg of grapes are harvested from the vine, with small bottles of its wine used as ceremonial gifts for the likes of Bill Clinton, Pope Benedict XVI and Arnold Schwarzenegger. 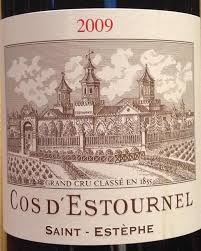 Forget the argument over the best scale system, the importance of reading the tasting note or the wisdom of applying such a definitive assessment to a highly subjective area; there’s something at once hugely implausible and rather depressing about a 100-point wine.

Why is wine the only category to rank itself in this way? No critic would dream of picking out a 100-point piece of music or art. More importantly, just because your friend says Jane Austen represents the acme of English literature, does that make either party wrong if Mansfield Park leaves you cold?

Even if you accept that scores, when combined with an understanding of the individual critic’s palate and your own have a useful role to play, surely there’s something rather disheartening about being told this is the best possible wine experience of your life. It’s certainly not fair to impose such an anti-climactic burden on the poor wine. What if you weren’t really in the mood for Bordeaux that evening? What if it needs another 20 years? What if you secretly think a nice cru Beaujolais would have gone better with the food?

In fact, it’s difficult to see 100-point wines as anything more than a crutch for wealthy egos incapable of independent thought. 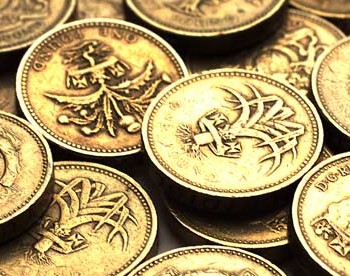 Of all the words to emerge in recent years, premium – not to mention its inflated siblings super-premium and ultra-premium, as well as ugly step-sister premiumisation – has to be one of the most irritatingly prolific.

For once, it’s possible to trace its modern origin to a primary source: Pernod Ricard. However, unlike many of those who have since coined this phrase, at least this group offers a clear qualification on its meaning. For the record, a Pernod Ricard premium wine today qualifies as £6.50+, while its premium spirits are calculated on the “Index 120”, i.e. 20% above the average price for the category, currently £15.20.

As for the rest of the drinks trade, the word premium can prove far more nebulous in meaning; indeed, you might be forgiven for a sneaking suspicion that it indicates wines which are anything but.