Mouton Rothschild’s second wine, Petit Mouton, is the one first growth second label to hold its value since 2011 according to Liv-ex. 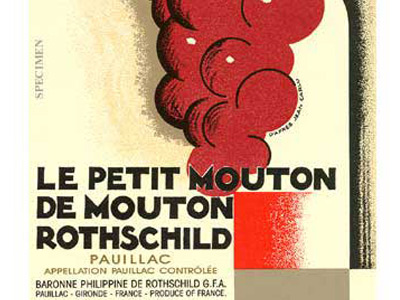 As was noted last month, Liv-ex’s second wine index has been one of the worst performers over the last two years dropping 30% overall after a meteoric rise from a peak of 781.98 to 539.88 at present.

Following what was a six year “bull run” for Bordeaux, when the market turned it was the first index to fall dropping in June 2011 when the other indices stayed up until the middle of summer.

However, Liv-ex has noted that within the index Petit Mouton has remained a strong performer.

Mirroring the current success of the first wine, which so far this year has outperformed its fellow firsts, Petit Mouton has (after a repositioning to 100 on the index level) dipped no lower than 90 since February 2011 and was at 98 in June this year.

By comparison, Carruades de Lafite has plummeted from 100 to just over 50 on the index since June 2011.

Clarence Haut Brion was on the up and pushing 70 two months ago with Forts de Latour doing reasonably well on 71.

The biggest recovery has been from Margaux’s Pavillon Rouge, which had the steepest decline of all the wines in 2011 and has worked its way back to be level with Forts de Latour.

Considering Mouton’s overall performance though, Liv-ex suggested that if Bordeaux was still out of fashion, “it would seem that brand Mouton continues to hold appeal for buyers.”