The Champagne Bureau (CIVC) has reacted to falling shipments by lowering the maximum permitted yield for the 2013 harvest to 10,000kg per hectare. 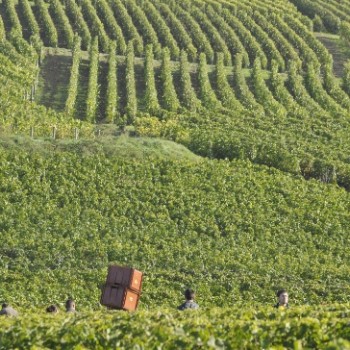 A further 500kg/ha may come from producers’ reserve stocks – still wine held in tanks, which is held back as security in case of a disastrous harvest. In turn, producers will be allowed to pick up to 3,100kg/ha in 2013 to set aside for their reserve, provided these stocks do not exceed 10,000kg/ha.

The level, which is set by the CIVC following discussions between Champagne houses’ and growers’ unions, is considerably lower than the 11,000kg/ha total set in 2012, which in turn marked a 12% decrease on 2011.

These reductions follow a 14m-bottle decline in Champagne shipments in 2012 to just under 309m bottles, which marked a decrease of 4.4% on 2011. Meanwhile shipments for the first half of 2013 reached 108m bottles, a level described by the CIVC as “slightly lower than the same period last year.”

The organisation attributed much of this decline to ongoing economic problems in France and the rest of Europe, which represent some of the largest markets for Champagne. However, added the CIVC, “the distant export markets remain extremely strong”.

Following a cool, wet Spring, the 2013 harvest is expected to begin in late September, Although the CIVC highlighted a July characterised by “very favourable weather conditions,” a hailstorm at the very end of the month hit 3,000ha in the region. Of these the CIVC confirmed that 300ha had been “severely damaged,” with villages around Epernay and the Côtes des Blancs proving worst hit.