Drinks industry bodies have welcomed the UK government’s decision to abandon plans for minimum unit pricing and focus instead on banning below-cost sales. 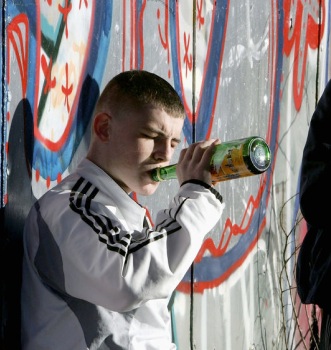 In his response yesterday to the Alcohol Strategy Consultation, Jeremy Browne, minister of state of crime prevention, stressed a need for “fair and effective policies.”

Despite highlighting the estimated £21 billion annual cost of alcohol-related crime and health damage in the UK, Browne announced that plans for introducing a minimum price for alcohol “will not be taken forward at this time.”

In response to this news, Miles Beale, chief executive of the Wine & Spirit Trade Association, echoed the government’s own reasoning behind this decision. “We agree that there is insufficient evidence to support the introduction of minimum unit pricing”, he remarked. “It would unfairly penalise the majority of responsible consumers while doing little to tackle the root causes of alcohol misuse.”

Gavin Hewitt, chief executive of the Scotch Whisky Association, highlighted the potential problems such a move would have created under European law by pointing to the situation in Scotland, where minimum pricing remains on the agenda.

“Several EU member states and the European Commission have expressed concerns about the legality and effectiveness of the proposals for minimum unit pricing in Scotland, which we will continue to oppose,” confirmed Hewitt, despite an Edinburgh court dismissing objections earlier this year.

Instead of minimum pricing, Browne promised that the government would “tackle the most egregious examples of cheap alcohol by banning sales of alcohol below the level of alcohol duty plus value added tax.”

Due to come into effect across England and Wales “no later than Spring 2014”, the move will make it illegal to sell a can of ordinary strength lager for less than around 40 pence.

Again, the WSTA offered its support for this decision, with Beale commenting: “We have maintained for some time that this will deal with the worst cases of deeply discounted alcohol without impacting on the majority of responsible drinkers.”

Nevertheless, Keith Bott, chairman of the Society of Independent Brewers, suggested that the move needed to go a step further. “We would prefer to see a genuine measure of below-cost, rather than the tax and VAT included in today’s announcement,” he remarked. “This would, we believe, see an end to the most irresponsible alcohol promotions in supermarkets, without having a detrimental effect on beers that are sold, like the majority of our members’ output, in the pub.”

The government has not extended this restriction on so-called “loss-leaders” to a ban on multi-buy promotions, with Browne arguing: “There remains a lack of convincing evidence that it would have a significant effect in reducing consumption.” He also acknowledged that such a step was likely to prove unpopular with households on a tight budget.

Here too, the WSTA voiced approval, noting that a ban on multi-buy promotions “would have adversely affected millions of consumers and businesses, while doing nothing to tackle problem drinkers.”

In addition to these steps, the government is looking to tackle the cost of alcohol-related crime and health issues via a crackdown on venues which breach their licensing conditions, including those who offer “irresponsible” promotions in pubs and clubs.

Highlighting the achievements of the Public Health Responsibility Deal, as well as local programmes, Browne called on the UK drinks trade to “demonstrate what more it can do to reduce harms associated with problem drinking.”

In response to this challenge, Henry Ashworth, chief executive of the Portman Group, which enforces social responsibility within the UK drinks trade, pointed to the voluntary pledges already being made to address this issue.

These include a commitment to remove 1 billion alcohol units from the market by 2015, providing health and unit information on 80% of labels by the end of 2013, tackling under-age sales through the Challenge 21 and Challenge 25 schemes, and supporting local schemes such as the Community Alcohol Partnerships.

As a result, argued Ashworth, “the industry has proven itself to be committed and willing partners and welcomes the opportunity to continue this successful approach going forward.”