Sake’s quest for a UK audience

Despite the limited awareness of sake among the general public, the IWC Award Winning Sake Tasting at the Japanese Embassy in London was heaving with sake lovers, enjoying the class and freshness of decorated, high-quality, chilled sakes. There’s a feeling that the category needs to reach a wider audience, but no-one seems to know how to achieve that. 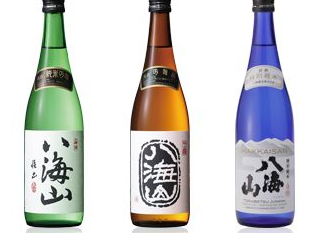 Sam Harrop MW, champion of Japanese sake, and one of the Sake chairmen of the IWC, was effusive: “What we need is to get the wine trade behind this to create sales. It’s about to happen,” he opined. I really hope he’s right. I tasted sakes from all over Japan, served by enthusiastic and helpful producers who had come all this way for this occasion. There were the delicate, pale sakes from Dewazura Brewery in Yamagata; a more intense Junmai Daigingo from Asahi Shuzo in Yamaguchi and the full-bodied yet citrus Omachi rice sake from Fukuchiyo Shuzo in Saga.

Then there were two oddities, exotic koshu sakes, aged to reveal flavours much more akin to Sherry than sake: from Enoki Shuzo (“The King of Koshu”, according to Harrop) in Hiroshima came a Koshu Kijoshu aged for 8 years, which showed amontillado Sherry flavours, very nutty, and gunflint aromas; from Katoukitchibee Shouten in Fukui was Born Koshu, aged for 10 years in French oak, with caramel, smoky, and aldehydic palate with a sweet attach, yet dry finish, similar to a dry oloroso. I had never come across a sake aged so long in oak, but we are all still novices in this field, even after several years of study. These sakes are varied, interesting drinks, worthy of a wider audience.

A quick internet search gives the picture among the multiples: Waitrose sells Sawanotsuru Deluxe Sake, with no product information other than that it is made from rice and water (which is reassuring, no rocket-fuel mentioned). Tesco seems to have dropped the distinctly ordinary Choya Sake they used to sell, thank goodness, but show Doragon Sake, which isn’t even Japanese – it’s made in the Netherlands. I gave up the search in despair after that. At present, a few enlightened independent retailers and “Western” restaurants sell interesting ones, but the bulk of sales come from the niche corner of Japanese restaurants, which puts it a way away from mainstream.

An interesting market comparison is provided by Oke Nordgren, a Swedish sake importer, and on the sake panel at the IWC. He has been importing wine in Sweden for ages, but discovered sake, and, after a few years dealing in both, started devoting all his time to fine Japanese sake in 2007. He, too, sees himself on a learning curve: “Since devoting myself full time to this wonderful drink, I have tasted more than 5,500 sakes”, he said, “and I am still learning.” He also suggested that producers learning to make sakes which are more attuned to Western palates: fruitier and fresher.

The Swedes are more inquisitive and nerdy about wine, and this rigour has moved into sake. Go to the website of the Systembolaget, the Swedish alcohol retail monopoly, and you find no less than 12 different sakes, both Japanese and American; and bear in mind this is a government-run, boring and old-fashioned retailer with stores in every village and town in Sweden. They are still well behind the US in terms of awareness and availability, but even so they are in a different league to us, and we could learn from them.

Americans have a huge Japanese population, which has driven their sake interest, but the Swedes don’t; instead, they have Oke Norgren, sake champion of the Swedish wine trade, spreading the gospel to good effect. In the UK we have Sam Harrop, among others, but the gospel so far seems to have spread out from its Japanese base only to a niche of wine nerds like myself. We talk a fair amount about sake, I even present a sake tasting occasionally to interested amateurs, or at the launch party of a Japanese car, but how many cars can you launch in any given year?

I would love Sam to be right that sake is the “Next Big Thing” (he didn’t say that, by the way, I just wanted to see what it looks like). The wine trade needs to rally round this wonderful, interesting product. Sure, there is customer resistance; it’s an acquired taste, best served with food; many people still think it’s a spirit; it doesn’t cost £4.99 a bottle; or they’ve only experienced the warmed rocket fuel previously masquerading as sake. Blossom Hill is an easier sell.

Sake is a hard sell, but I have had brief moments of reward (that’s intellectual reward, by the way, not the financial variety as yet) when I serve a chilled gingo style, fragrant sake with a simple, unctuous, perfectly oily slice of salmon, and see a flash of recognition in my audience’s eyes: “So that’s what he was banging on about!”

Oke Norgren treated us to a five-minute rapid-fire summary of the effects that the different operations in production have on the final taste of a sake (and there are, believe me, a lot of them). “If you’re ever bored or lonely one evening, give me a call, and I’ll fill your evening with sake facts”, he promised. Maybe we need to take him up on his offer.