Police in Hertfordshire have released CCTV stills of a van they want to trace after a large quantity of Champagne was stolen in an “audacious” theft. 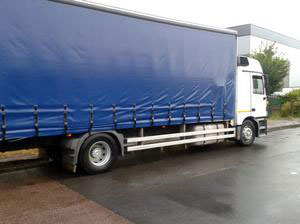 The incident occurred between 7.15am and 8.30am in Hoddesdon on Tuesday morning, when the driver of a HGV was about to deliver the champagne to a warehouse on St Martin’s Road.

The driver was flagged down by a man wearing a yellow high visibility vest, who told him he was late and that there were currently no loading bays.

He was then directed down Ratty’s Lane, where another vehicle, believed to be a box van, was waiting. The Champagne was loaded in to the back of the van before it was driven off towards the A10.

It has not been revealed how much Champagne was taken by the thieves or what brand.

Detective constable Fiona Curson, from Hoddesdon police station who is investigating the incident, said: “This was an audacious theft which has resulted in the theft of a significant amount of Champagne.

“I would urge anyone who may have any information at all in relation to this to contact us immediately.

“Perhaps you saw this vehicle in the Ratty’s Lane area at the time of the incident?

“Or perhaps you have been offered bottles of Champagne for sale in suspicious circumstances?