Virginia seeks to be ‘wine capital’ of the East Coast

Virginia has set its sight’s on one day becoming the “wine capital” of the Eastern US. 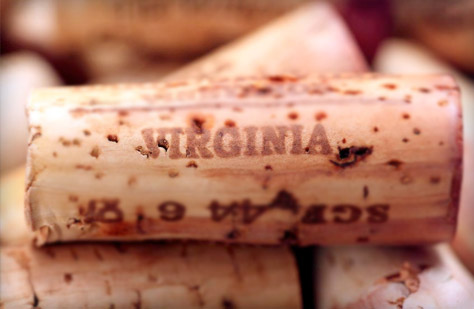 Speaking to the drinks business, Todd Haymore, Virginian secretary of Agriculture and Forestry, said: “We know we’ll never be as big as California but can we be the wine capital of the East Coast? I think so, yes.”

He began by revealing the latest figures for the Virginian wine industry, which show that the state is now the fifth biggest wine producer in the country (behind California, New York, Washington and Oregon), producing over six million bottles a year and generating US$750 million in income.

Winery numbers are now up to 240 as well, a rise of around 100 in the last seven years and wine tourism numbers have also risen to 1.6m in recent years.

The rise in winery numbers is perhaps partially attributable to the slight decline in the tobacco industry which is the dominant industry in the southern half of the state and where there have been many new winery openings.

The university of Virginia Tech is helping wineries do research into the most suitable varieties to plant in the red clay where tobacco was formerly.

Furthermore, Haymore was pleased to see that Virginian wine was gaining greater exposure in the international press, particularly here in the UK, where the state government has recently set up a trade office to help promote all Virginian produce.

“It’s been most gratifying for the governor and myself,” said Haymore. “Exports are growing, not only to the UK but also to China.

“Getting the wines further into the global market place was a goal we set ourselves.

“There’s a real buzz right now, they don’t last forever but we try and get as much out of it as we can and we think the foundation for long-term sustainability is in place.”

Haymore talked further on the opportunity for integrating the state’s wine tourism and general tourism industries as well.

For non-US tourists Virginia is not always top of the country’s places to visit but Haymore insisted that flying into Washington DC’s Dulles it was possible to clear customs and immigration and drive to a winery in northern Virginia in 45 minutes.

Winery visits have largely jumped through domestic tourism, Virginia is roughly in the centre of the US’s eastern seaboard and therefore accessible to close to two thirds of the population.

For Americans, Virginia is one of the founding states, the cradle of the US, with the home of Thomas Jefferson, historic cities such as Jamestown and Williamsburg and the sites of battles from the American War of Independence and Civil War.

History aside, the state can also boast a vibrant food and music scene as well as natural beauty in the form of its coast line and the Blue Ridge Mountains.

Haymore concluded that he was confident that Virginia would continue to grow exponentially and he was “willing to bet” that there would be another rise in the tourism figures next time they were appraised.

Regardless of figures however, “you can feel the growth even if you can’t quantify it.”