Robert Beynat is to retain a senior position at Vinexpo until the end of next year to oversee the exhibition organiser’s first ever show in Mainland China as well as two further fairs in Asia in 2014. 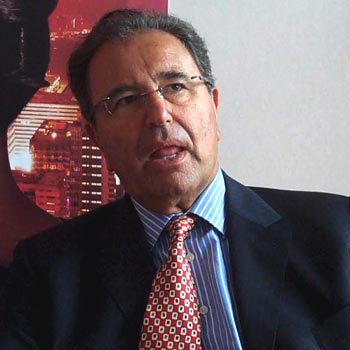 Although – as previously reported by the drinks business – Beynat is to hand over management of Vinexpo Bordeaux to Laurent-Perrier’s Guillaume Deglise, Beynat has taken on the role of CEO of Vinexpo Overseas.

As part of this new position, Beynat told db yesterday that the exhibition organisers were to hold a Vinexpo in Beijing on 2-3 June 2014.

Similar to other Vinexpo exhibitions, the Beijing fair will be for wine and spirits producers from around the world, but with a French bias, and as many as 200 exhibitors are expected to take stands at the fair, which will be held at the Beijing Convention Centre close to the Forbidden City and Tian’anmen Square.

As for timing, the exhibition will follow Vinexpo Asia Pacific in Hong Kong, which takes place on May 27-29 next year.

Explaining the decision to launch a wine and spirits fair in Mainland China just days after a major event in Hong Kong, Beynat said, “Of course there are thousands of Chinese visitors going to Hong Kong but it’s still not all the professionals.”

Continuing, he said he expected as many as 3,000 Mainland Chinese visitors to come to the Beijing-based fair, which follows the Hong Kong event to allow exhibitors to take-part in both events.

Beynat also said that Hong Kong’s Vinexpo Asia-Pacific, which will be held once more at the Hong Kong Convention Centre, would be 50% bigger than 2012’s exhibition.

“It will be the biggest wine fair ever held in Asia,” stated Beynat.

Beynat also told db that he would be overseeing a further fair next year called Vinexpo Nippon in Tokyo.

Taking place over two days from 1-2 November in the Prince Park Tower in Tokyo, the B2B exhibition will be engineered specifically for the on-trade.

Space has been reserved for 400 exhibitors with an expected 3,000 visitors.

As for Beynat’s decision to stay on at Vinexpo, he said that he was obliged to retire from the Bordeaux Chamber of Commerce on his 65th birthday in March this year, but the following day signed a contract to be an employee of the Vinexpo company as CEO of Vinexpo Overseas.

This will allow Beynat to manage Vinexpo’s new projects as well as hand over his current responsibilities for the Bordeaux fair to Guillaume Deglise, who will begin his new role in September this year.