British gin distillers could be facing a production crisis as a deadly fungus rips through Scottish junipers, leaving the berries “in serious trouble”. 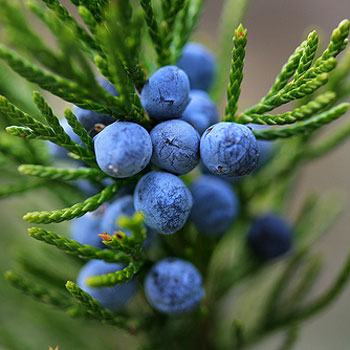 Junpier berry stocks in Scotland have faced a number of threats recently with booming rabbit and vole populations taking their toll on plants that are already suffering from “old age”. Many juniper trees are more than 100 years old and this new fungal disease threat means that 45% of Scottish trees are at risk of being wiped out, according to research published by the Forestry Commission Scotland.

Plantlife Scotland has asked the public to help, by taking part in a survey, which will help determine the health of the juniper bush.

In a statement, Planlife Scotland said: “Juniper is in serious trouble. One of only three native conifers in Britain, not only does it face a deadly fungal disease (Phytophthora austrocedrae) it has also disappeared from over a third of Britain where it was previously found.

“Juniper with its blueish green needles and green or black berries is easy to identify. We are asking people to help us by completing a survey form every time they see Juniper in Scotland. If however you notice any orange or brown bushes, there may be a risk of infection by Phytophthora austrocedrae.

“If this happens people should document this on their survey form but ensure they do not walk around the area and clean mud thoroughly from their boots and equipment.”

Much of the juniper used in gin production now comes from Eastern Europe, with London gin producers Sipsmith use juniper berries from Macedonia.

Carl Reavey, of Bruichladdich distillery on Islay, which produces The Botanist gin, told the Daily Mail: “There is very, very little juniper left on Islay and the vast majority of what we use comes from Italy.”