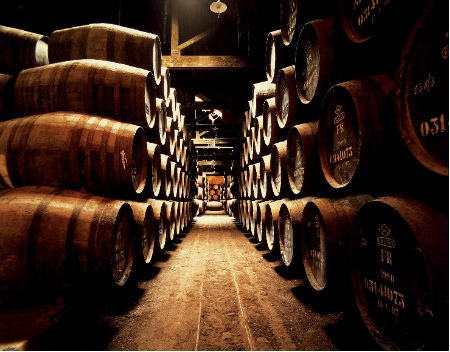 Conducted last month at the offices of the Institute of Masters of Wine in London, the Fortified Masters saw judges taste their way through almost 100 entries from around the world to award a range of medals, from the highest accolade of master, to gold, silver and bronze, based on scores out of 100.

Blind tasting can of course either destroy or confirm prior views of a product or category, but in the case this competition, it managed to do both.

It verified the tasters’ belief in the quality of fortified wines from Spain and Portugal, and it overturned any feeling that Australia and South Africa can’t produce rich and age-worthy fortified wines of a high standard too.

At times the day’s tasting also brought broad grins to the judges’ faces, quite simply because certain submissions were so delicious, it was hard not to hide the pleasure caused just from assessing them.

Those scoring over 95 points – gaining the top title of “master” – were aged tawnies, Sherries and Madeiras. In particular, Barbadillo gained two masters for its 30 year-old Amontillado and Obispo Gascon Palo Cortado, which were both incredibly complex dry Sherries crying out for a bowl of nuts, some bright sun and preferably a deck chair too.

Then there were the tawny Ports, which, with their richly sweet core and lingering dried fruit flavours, scored extremely highly. Two examples, both using wines with over 40 years in cask, were declared Masters, as well as one 20 year-old from the Roederer-owned Ramos Pinto.

A further Master then went to Justino’s, for its Colheita Madeira, which delighted the judges for its caramelised character combined with a refreshing citrus peel freshness.

As for the golds, these also reflected the quality available among the aged tawnies, Madeiras and Sherries, while the medal tally further highlighted the value in the single quinta vintage Port category, with Graham’s Quinta dos Malvedos 2001 earning a gold, alongside the just released 2011 classic vintage from Sandeman.

The tasting also drew the tasters’ attention to the quality possibilities in Manzanilla, with Hidalgo’s aged single vineyard example called Pasada Pastrana gaining a gold too.

Then, among the high scorers such as Burmester’s 40 year-old Tawny was the unctuous and deliciously concentrated Penfolds Great Grandfather Rare Tawny – a fortified wine first released by the famous Australian producer in 1994 to celebrate Penfolds’ 150th anniversary.

But that wasn’t the only Aussie to get a gold – Rutherglen’s Morris Old Premium Rare Liqueur Muscat also managed to score extremely highly for its immensely sweet, complex wine, which has spent well over 20 years in cask.

The silvers meanwhile were awarded a wide range of fortified wines, with Graham’s Six Grapes scoring highly, as well as the aged tawnies from Australia’s Grant Burge.

Australia’s d’Arenberg also gained silver medals for its fortified Shiraz from 2006 and its Nostalgia rare tawny.

Finally, bronze medals were awarded to a broad array of entries, including a Vin Santo Liquoroso from Santo Wines in Santorini; a 20 year-old white Port from Kopke; a botrytised, fortified Semillon from De Bortoli called Black Noble 10 year old, and a Pink Port from Croft, among others.

Overall, the Fortified Masters drew the tasters’ attention to the character and complexity on offer among the world’s great fortified wines.

And such is the quality available, it’s only sad that these great fortified wines don’t attract a wider audience, although this does mean that they represent extremely good value.

The judges were selected for their wine tasting experience, high regard in the trade, as well as expertise in the fortified wine sector. We chose a range of personalities to reflect different sectors, from the on-trade to off-trade, as well as those with a background in wine education and commentary. On the judging panel were the following people:

The Fortified Masters is a competition created and run by the drinks business and it is an extension of its successful Masters series for spirits and Champagne. The competition is exclusively for fortified wine and almost 100 entries were judged by a selection of experienced tasters using Riedel Chianti/Riesling glasses supplied by Sensible Wine Services.

The fortified wines were scored out of 100, with those gaining over 95 points awarded the top title of Master. Those earning over 90 points were given a gold, those over 85 a silver and those over 80 a bronze.

The fortified wines were tasted over the course of one day on 30 May at the Institute of Masters of Wine.