A new twist on cork is unveiled

The wine cork could be set for a revival with the launch of a twistable and re-sealable version that could do away with the corkscrew. 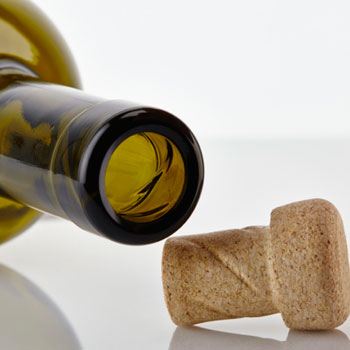 The Helix cork and bottle has a thread finish, which allows drinkers to twist the stopper open and closed again, creating on airtight barrier.

The Helix will be unveiled at Vinexpo in Bordeaux today and its makers say it could be on shelves within two years.

The design is the result of a four-year collaboration between Portuguese cork manufacturer Amorim and US bottle maker O-I, who are aiming it at the £5 to £10 “popular premium” market.

O-I Europe president Erik Bouts said extensive testing of wine stored in Helix bottles had shown no alteration to the taste, aroma or colour after 26 months.

Mr Bouts said: “For centuries, cork and glass has been a winning combination in the wine market, yet it is only through this partnership that we have been able to create such a major innovation in the industry.

“Cork is still by far the preferred stopper. Our research has found that at least 80% of consumers prefer the cork and glass combination for their wine.

“It has the highest-quality image in the market and now we have made it easier to use. And it is still the most sustainable option.”

The manufacturers have used agglomerated, or granulated, cork for the design, which they claim offers greater elasticity and reliability than standard stoppers to better protect the wine.

Winemakers have increasingly been using alternative stoppers in the form of metal screwcaps or plastic to combat complaints about the inconsistent quality of cork and the resulting “cork taint” – the sour, musty taste that ruins a wine.