On this day in 1976 California famously took on Bordeaux and Burgundy at the Judgement of Paris tasting. 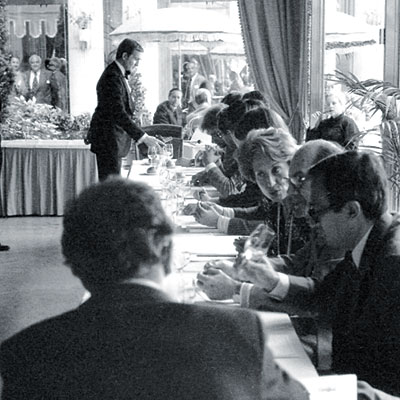 The French line-up included 1970 Mouton Rothschild, Montrose and Haut-Brion in the red category and 1973 Beaune Clos des Mouches from Joseph Drouhin and Batard-Monrachet from Ramonet-Prudhon in the white selection.

The Californian pretenders included 1973 Stag’s Leap, 1971 Ridge Monte Bello and 1970 Heitz among the reds and 1973 Montelena, 1974 Chalone Vineyard and 1972 Spring Mountain among the whites.

There were 11 judges overall, although only the scores of the nine French judges were used to calculate the final results (which can be seen here).

When the results were revealed many of the French judges were shocked to discover how highly they had ranked some of the US wines and that Montelena had won in the white category.

Although dogged by some controversy later, the tasting is generally held to be a pivotal moment in the emergence of the US (and the New World more generally) onto the international wine scene.

The tasting has been recreated several times and is often used as a benchmark and model for other regions seeking to prove their worth.