This month’s London International Wine Fair will feature a series of pop-up tastings at its MyWineFair central hub. 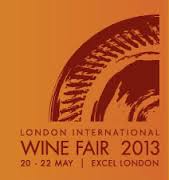 Adopting a different theme each day, the new feature at stand L35 is designed to appeal to all sectors of the trade and generate additional “buzz” to the fair, which takes place at London ExCel from 20-23 May.

Monday 20 May will feature a pop-up to showcase top medal and trophy winners from last year’s International Beer Challenge. Featuring products from over 50 brewers including St Austell, Oakham Ales and Marston’s, the tasting aims to present a snapshot of “the best of the brewing world.”

On Tuesday 21 May, the English Wine Producers will take over the hub to show off a range of still and sparking wines that are gaining an ever higher profile in the UK and – following their first ever presence at this year’s ProWein – further afield.

Finally, Wednesday will give the spotlight to another current trend as UK importer Les Caves de Pyrene host a tasting dedicated to natural wine. A selection of more than 50 wines will be available, including some from other importers or seeking UK distribution.

Among the natural wines on show will be biodynamic Rhône producer Domaine Gramenon, Pheasant’s Tears from Georgia and Villalobos‘ “wild vine” Carignan from Chile, as well as a selection of wines made in amphorae and a range of rarely seen indigenous grape varieties.

Explaining this new addition to LIWF, show director, Ross Carter commented: “These daily ‘pop-up’ tastings are designed to contribute buzz to this year’s fair, with themes selected that will have particular appeal to the UK independent and on-trade sectors – our key visitor audiences for 2013.”

A full preview of this year’s London International Wine Fair will appear in May’s issue of the drinks business.